Jamboree on the Air 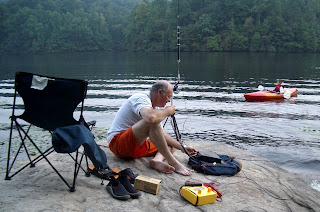 On my honor I will do my best To do my duty to God and my country and to obey the Scout Law; To help other people at all times; To keep myself physically strong, mentally awake, and morally straight.
Scout Law:
A Scout is trustworthy, loyal, helpful, friendly, courteous, kind, obedient, cheerful, thrifty,brave, clean, and reverent.
I remember those words, not from my youth, but actually, my middle age years.
I was working on heavy equipment at that time and a few of my fellow workers were leaders of a Scout Troop in my town. It was natural for me to help out since we were all outdoors people.
It was especially rewarding to hear Scouts, (Boys and Girls) all over the world participate in a yearly Ham radio event called the "Jamboree on the Air" this weekend. It allows kids to talk to each other over Ham radio stations set up and sponsored by the Amateur Radio Relay League.
This weekend I heard a bunch of them excitedly chatting to all parts of the world with each other over the air waves. I even talked to a few of them myself.
Where did I first learn Morse Code?
I learned it from the Boy Scout Handbook, as a kid, although I wasn't able to join in the fun!
While in the Navy in the late 60's I re-discovered that I could still read Morse Code sent on the searchlights of other ships sending info back and forth between themselves.
When my shipmates discovered my talents, it's was a quick move to the Signal Bridge!
It's funny how simple things can develop into useful service to others in emergencies.
I hope some of those I heard this weekend do the same!
Posted by Jspiker at 1:34 PM