Breakfast, Bacon and Eggs, and Radio

Our monthly breakfast meeting at the First Watch Restaurant in Charleston was a pleasant gathering of kindred individuals and the spirit of radio was in our midst. I was overjoyed to see from left to right Steve (KC4URI) from Mineral Wells, and John (W8GDP), Jeff (K9ESE), Myself (N8ZYA) and Eric (AC8LJ) from Charleston.

As we talked this morning, it became quickly apparent that I’m the one with the least electronic knowledge in our Chapter. I’m OK with that status for now but I’m also inspired to learn more about the “nuts and bolts” of the hobby. I feel fortunate to have members who have not only built their radios, but also have a very good working knowledge of antennas and the ability to utilize them in nearly impossible locations. John (W8GDP) and Eric (AC8LJ) are the only members who have the space for “yard art”, as it was called today, and I quickly learned a new terminology for outside antennas.

On our weekly CW net last night, I was hearing Jeff (K9ESE) at 599 plus 20 from his “half a watt” and using the “copper gutters” of his home for his antenna. He is also very good at using a NVIS antenna in the field. Steve (KC4URI) is also good with this technique from his home in a very steep valley from Mineral Wells.

During our breakfast gathering we talked about the things we've done in the past and the places we've either worked or visited which related to radio. I’m mesmerized to hear conversations about Latin and South America and old DC-3 planes, landing on mostly grass airstrips, to shuttle air conditioning mechanics to repair Ammonia type freezers many years ago. Ice is an invaluable commodity in places like these and without “radio”, getting into and out of these areas would be nearly impossible. 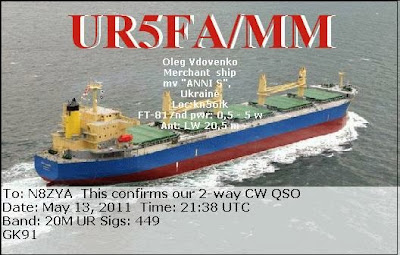 We also talked about “shipboard radio” and how important the invaluable skill of Morse code operators were to the safety of old freighters shuttling coal and bananas on the high seas. I immediately thought of Oleg (UR5FA/ MM) who is the Ukrainian communications officer on a freighter which regularly sails back and forth from there to Venezuela. 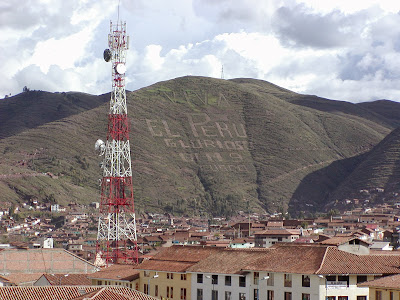 The subject of Short Wave Radio Broadcasters also surfaced while we were devouring bacon and eggs. Short Wave Radio was the inspiration for many of us in our current Ham radio hobby but sadly, most of those stations are now gone.

It was cold this morning with the temperature just above freezing, but I still sense the Chapter will spend some time operating outdoors before the first heavy snowfall. Weather predictions are for temperatures to rise to the low sixties for the next few days.

Should we choose to do so, I’ll let everyone in the NAQCC club know if and where we will be setting up and getting on the air. I feel very good about our Chapter and am looking forward to more bacon, eggs, and radio talk next month.

I bet it was fun last nite for you guys, but for me it was a hour lost just listening to static. HI HI.
Hope the next time the band will be a little cooperative.

Really had a grand times this morning and looking forward to doing it again.

Nice post John. I am sure you enjoyed your breakfast outing with the lads. I think this sort of small group socializing is much more enjoyable than "big" club meetings. A common interest in QRP, CW, and portable activities makes it especially interesting and manageable.. And, a half dozen guys around the breakfast table doesn't require crowd-control. Have fun 73 Dick

I think the band shifting to longer lengths in the winter months will cause us to look at 80 meters eventually. Can you work 80 meters?

It was a pleasure to see you again. I enjoyed the conversations very much and look forward to many more!

Nice to know you're still around and reading the blog. Hope you're back on the air soon.

Getting the chapter started has taken some effort but it's been well rewarded with a good core group of great CW operators.

I like all these guys and we all have the same outlook on radio. We're going to be outdoors and operating a lot from state parks and historical areas.

Listen for us on 20 meters.

Good morning John, it's always nice to get out and about and even better when it involves hams. As for getting up on the nuts and bolts of the hobby it will just take time. Funny thing I find that when I'm with other hams and I am trying to carry on a conversation my mind seems to forget the simplest things! I have brain farts one after the other as I try to remember sometimes the simplest things. I wise gentleman told me once "it's better to say nothing and have all those around you think your smart than to speak and prove them wrong" :))) Sometimes that's me to a T
Mike

I know exactly what you're saying there. Hihi I feel good when I recognize the numbers on old tubes and names of a few primitive circuits used in the beginning of radio. I can't tell you how to build them but I know them when I hear them on the air.

When I get around some of these guys, I feel like a complete dummy. Strangely, that's a good thing.....I keep quite and just smile.