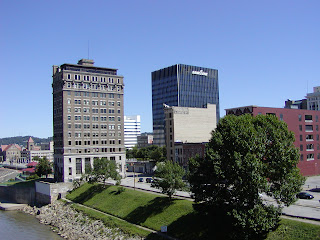 QRZ.com is one of the most visited Ham Radio sites in the world. I use it every day I'm on the air to view FCC license information. It enables me to learn about the lives, and often diverse hobbies, of my fellow radio enthusiasts. It's a GREAT website.

A few days ago, I made a post about QRZ.com being in danger of being dismantled because of new "internet piracy" laws, but I removed it because the threat, at least for now, has been diluted due to public outrage. When Wikipedia shut down in protest, I was actually depressed.

I would prefer to not have "political discussions” on a radio blog because one thing I've learned, in this short life on earth, is there are two issues which are the most divisive things on the face of the planet; namely politics and religion.  But speaking of such, (out of necessity) has anyone noticed the "political advertisements" on QRZ.com?

I'm seeing daily PAC advertisements from "Restore our Future Inc". Not only is it promoting (who else) Mick Romney, it's also bashing Newt Gingrich.

I hate seeing this on their site. I hope they take steps to quickly eliminate this before it migrates to the ARRL site, or Buckmaster, or personal web blogs?

This forces me to look for alternatives.

Hello John,
I agree with your point of view. What I like about Amateur Radio is it is free from politics and religion. All amateurs are equal. We communicate with each other about our wonderful hobby not spoiled with political discussions or religious dispute. I avoid writing on my blog about politics or religion. It is not the right place for it. I understand that advertising is a source of income, but QRZ.com should be critical about it. I am amazed how much money is spent for the race to the White House. ;-) 73 Paul

Hi John, I agree with you. Politics has nothing to do with our hobby.
Try: http://www.hamqth.com/

Thanks for your input. I totally agree. The political advertisements I'm seeing are probably "out of their control". I hope they will file a complaint with "goggle" to stop this type of "hijacking".

I like that site VERY much! Thank you for sending the link. I just might place my info there.