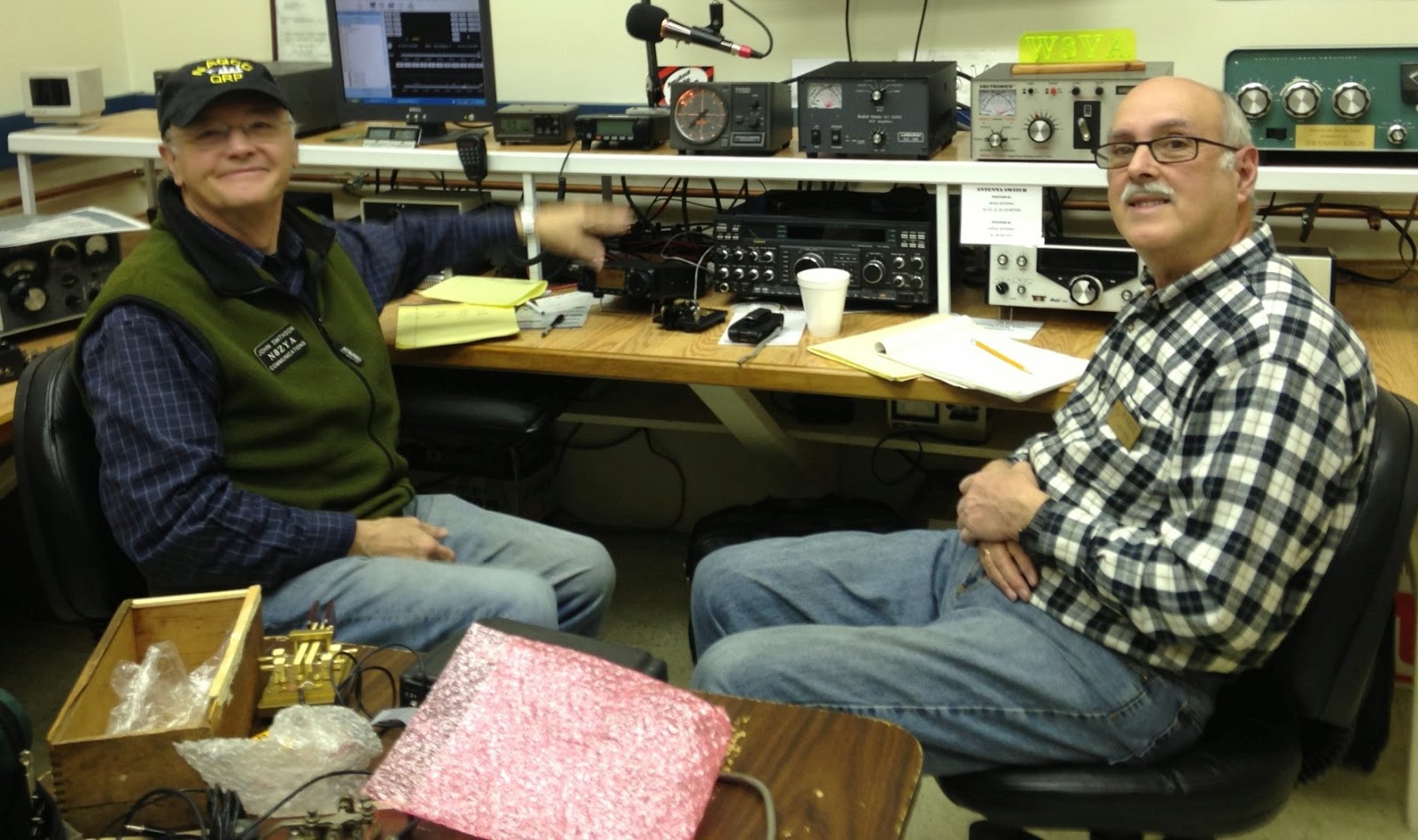 The West Virginia Chapter of the NAQCC club had a delightful day at the Huntington Museum of Radio and Technology. Joining me above is (N8ZYA) on left and Joe (WA8SIE) from Charleston. In the bottom pictures are Bill (KB8QLG) from Sissonsville, WV and Steven (KC4URI) from Mineral Wells, WV 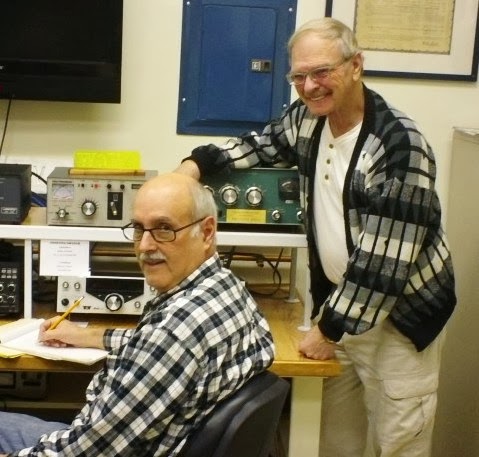 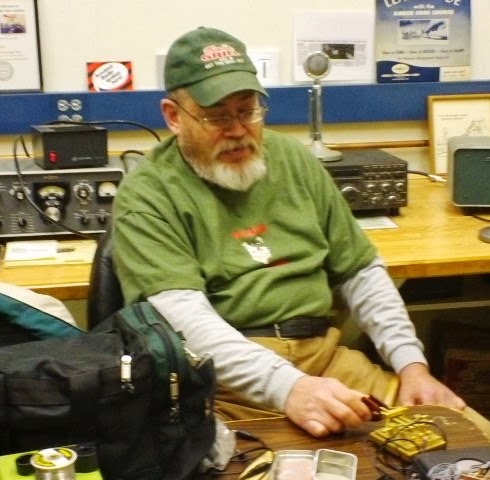 This was the first time I've put a nine element Mosley beam behind a five watt QRP radio. The  results were both puzzling and amazing. I rotated the beam 360 degrees several times on 40 meters but only made a few contacts with KD3CA and WB3GMC in Pennsylvania and N4EDE in North Carolina. I heard very little on this band and soon came to the realization that I was shooting right over the heads of anything remotely thought of as "routine" contacts. By days end, I was able to work only six more United States stations WB0PYF, WD4EXI, K5BOT, KA2KGP, K4CQF,  in Missouri, Georgia, Texas, South Carolina, and New York.

This nine element beam was a totally different animal to me with it's directional characteristics but specific selectivity and sensitivity. I've mixed feelings about it's effectiveness for multiple short distance QRP contacts. I was forced to spent most of the day on the 15 and 20 meter bands with the hopes of working more stations. Upon the change to those bands:

I immediately worked VE3EDX in Thunder Bay Canada, and soon afterwards, I worked an unfamiliar "RL" call, which I knew was a Russian station, but an unknown new "prefix". I've worked Russia many times (20) but this was the first "RL" call I've heard and there's a good reason for it. 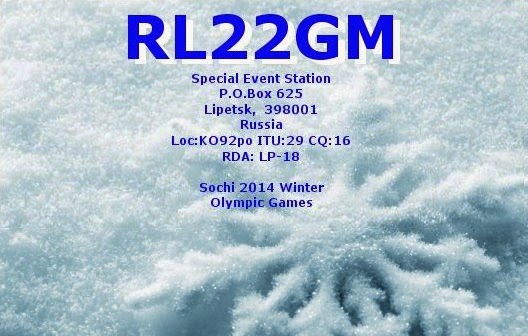 This "special event station" (RL22GM) was commemorating the 2014 Winter Olympic Games now being held in Sochi Russia! As time moved onward, I worked some more DX contacts which were very exciting for me.

I worked Italy twice during the next hour. The first station (I3UKY) was what I would call "normal DX" but the second Italian station was a real prize, not because it was the second contact in Italy, but because this station (I5NOC) was operating QRP at 5 Watts of power! Here's a confirmation e-mail from him:

The QRP station in Italy ((I5NOC) is the most distant 2 x QRP contact I've ever made at any time. The distance was 4,570 miles. 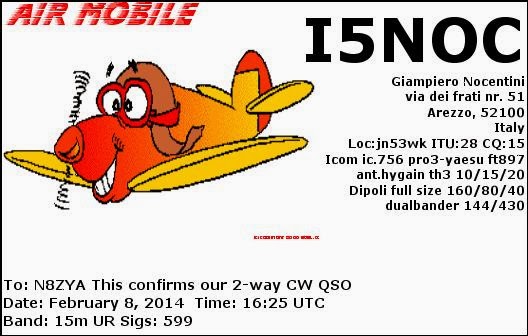 We found this station from Poland (SP6JOE) to be an interesting catch. I asked for the name and he responded with, what else?,  "Joe". 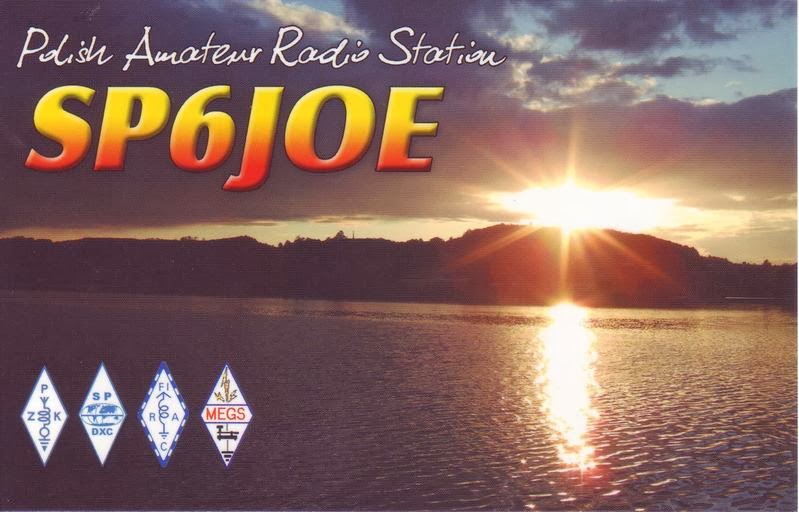 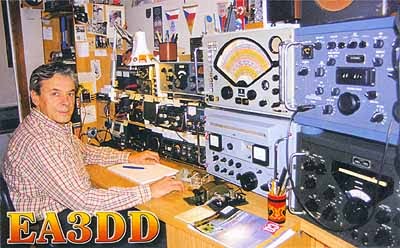 I'm somewhat disappointed in the number of club stations we worked while at this event but think it had more to do with poor 40 meter band conditions and a "beast" of an antenna in the hands of a new operator. Those two combinations demanded operation on the longer range bands.


I can't say enough about the Museum of Radio and Technology. We plan to operate there again during these cold winter months. They were the perfect hosts for us and we rejoiced in the fellowship of the operating staff which were there during the special event. 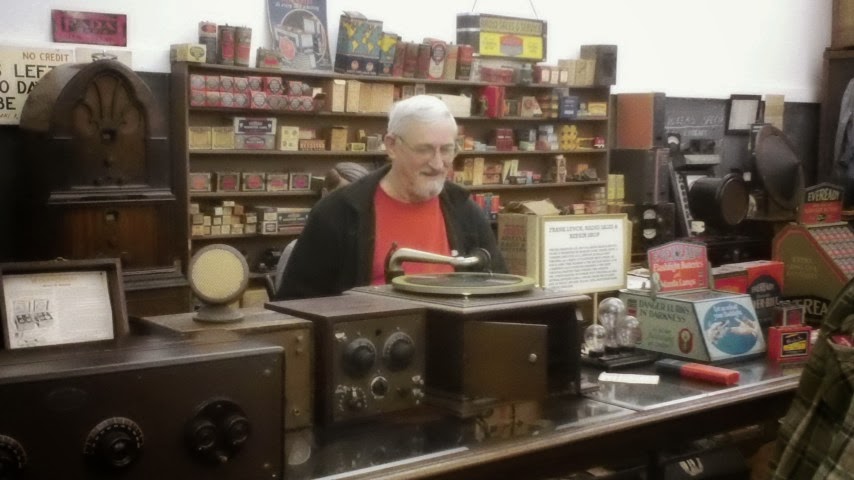 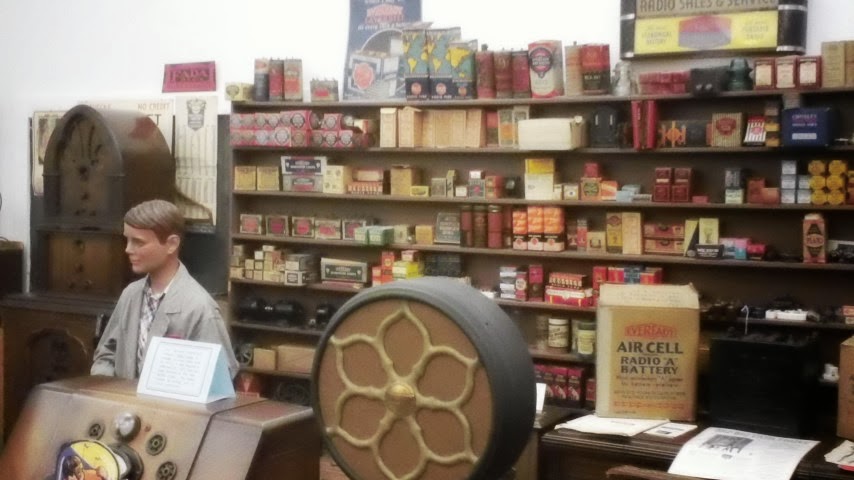 There were times when the radio room was actually crowded with those interested in the QRP event. The Tri State Amateur Radio Association held VE testing that morning and added three new ham to the HF portions of the hobby. There were also hams from other states wandering around the museum.


I found my old friend Bernies "refrigerator sized amplifier" in an adjacent room. 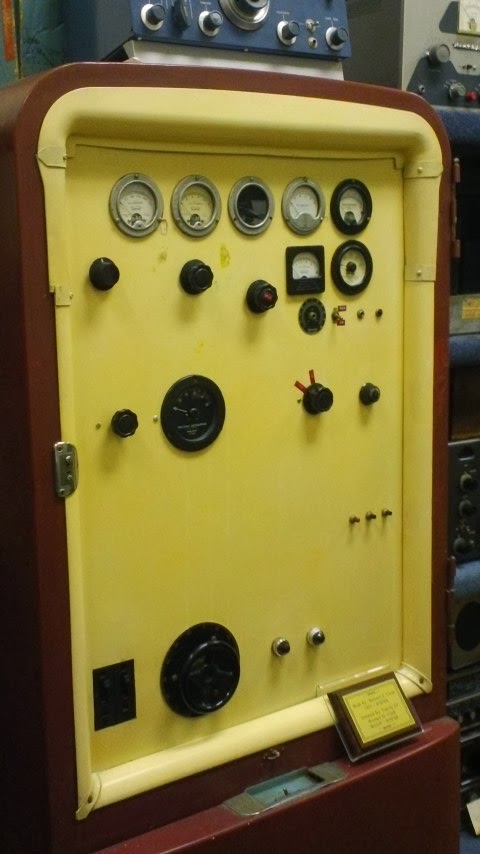 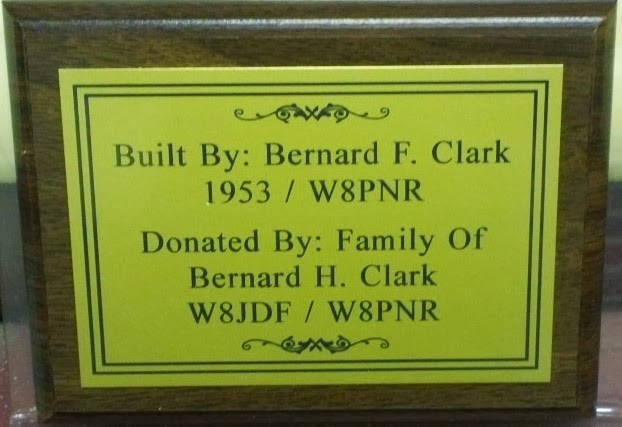 The Museum of Radio and Technology also has dipole antennas. On our next trip, I'll use them to make more club QRP contacts. The beam had good and bad points. It brought us some great DX contacts but when right overhead of most local stations.

Hi John, nice to see that old stuff. The nowadays equipment with all those tiny knobs. Hi. 73 Paul

This place is "full" of those "big knob" radios. They were the days much like those Cuban stations are today. They "built" their own equipment. Hihi

I can almost smell the vintage aroma from your photos, John! Yea, those beams sure open up the world, even with QRP. Operating my current station has been a humbling experience for sure. You've inspired me and I'm having fun with it.

When all else fails...find a friend who has a beam. It's easy to carry a QRP rig under your arm and take it with you.

BTW/ I "could" smell the vintage aroma on that spark gap transmitter!

Good evening John, it reminds me of when I was a kid and the radios that I was exposed to. Thanks for the pics!
Mike

I remember them too.