ZS2DL in South Africa is my 108th DXCC Station 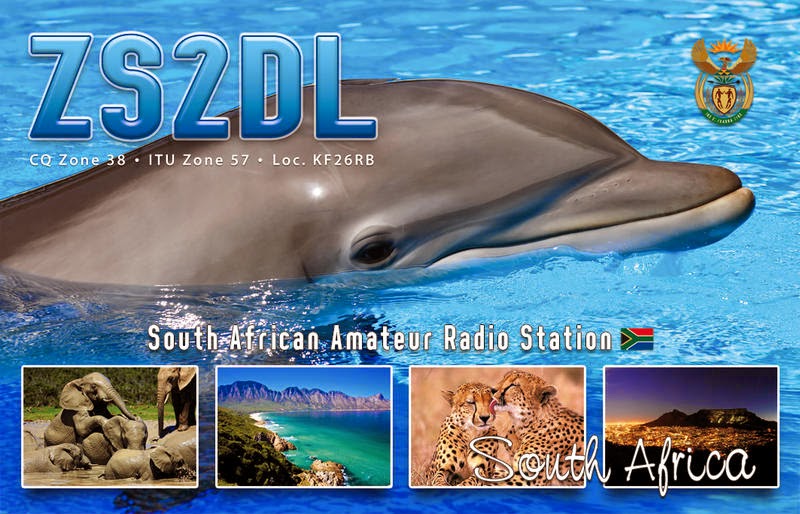 My focus for the last couple of months has been the NAQCC monthly challenge and this month  the "challenge" is to work stations whose call letters spell out "Happy New Year"-  in seven different languages. I've decided to use as many DX stations as possible to complete this months game.

Using 5 watts of power is interesting when working those long distance stations. Along with a bit of luck, it takes a special skill to get a station to hear you at more than 5,000 miles,  This contact was one I will remember for a long time. Straight line distance to this station in Port Elizabeth, South Africa is 8,465 miles.

I usually watch a DX cluster and "filter" a specific band when I'm "hunting". This evening it was the 30 meter band which is limited to "Morse Code" and transmit power of 200 watts. Being a QRP operator, this band is radio paradise.

More than anything else, I happened to "be at the right place at the right time".  As I tuned around the band, I heard a distinct Z letter, and strong too. I was expecting a L to follow but the following letters didn't sound right. (most of the time these guys are sending around 25 wpm)  After hearing a station work him here on the east coast, I correctly copied the remaining last letters and realized the second letter was a S.

I figured all was lost when I saw the "first" post on the DX cluster, (this is usually the nail in the coffin when a rare station appears to a QRP operator) - and sure to follow, a half dozen stations immediately called him. He was transmitting simplex but the second station to work him tuned "down" instead of "up". As the third station called, all others followed the traditional "up" 1 procedure.

I remained "down" 1 and worked him easily with about 3 watts.

I finished my "challenge" for January today (the 10th) with an impressive amount of DX stations in the log book. Completing the challenge for this month was an amusing game. The solution called for 84 letters from the combination of 20 different letters. (ABDEGHIJKMNOPRSTUVWY) 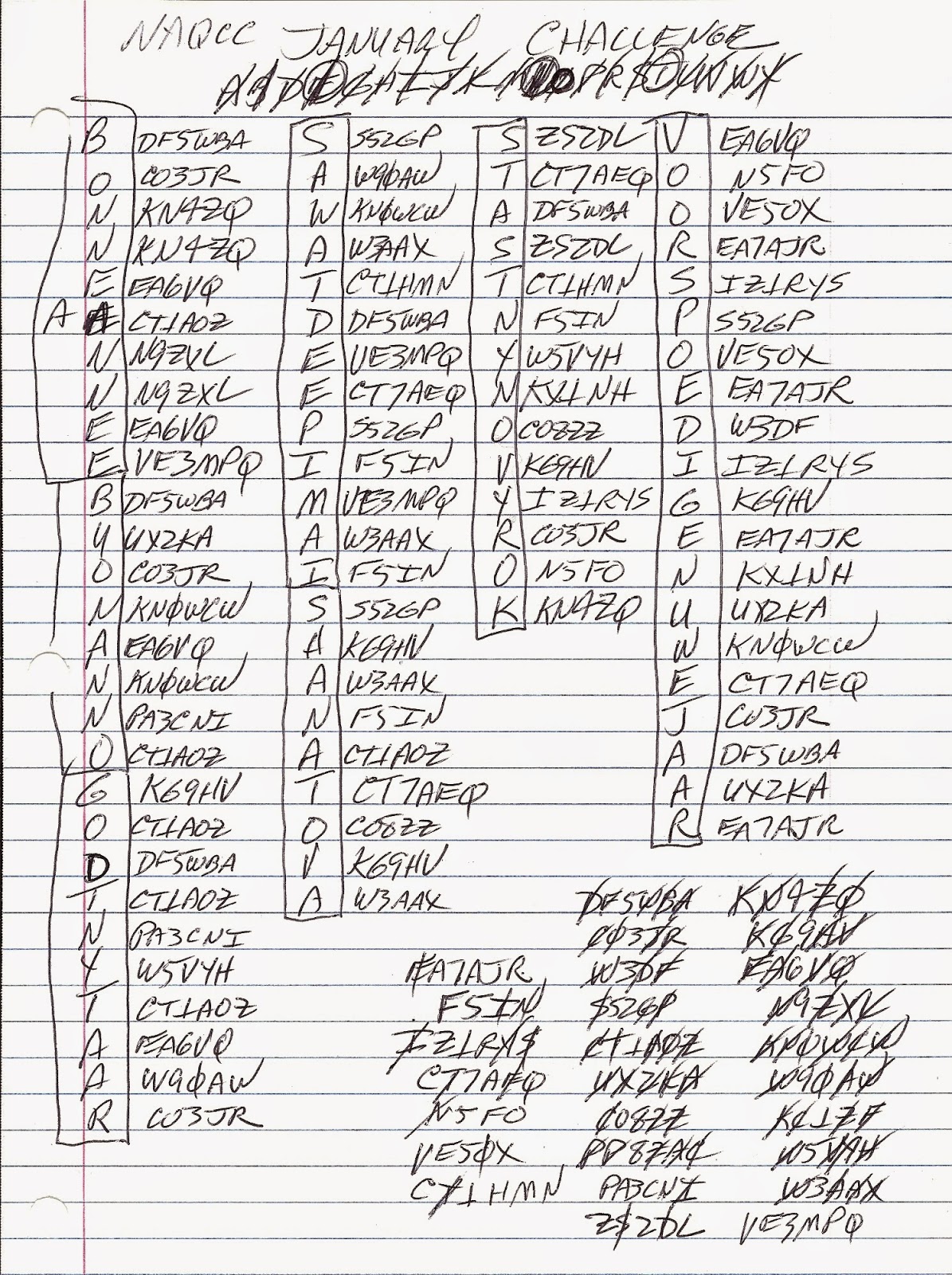 Good evening John, great work with listening and showing that 3 watts can make the trip….but you are very correct that once the call hits the cluster it can get very tricky for sure.
Mike

Hello Mike...can't count the times I've been pushed down into the mud. Hi Hi

Glad I could copy your QRP Signals John. Always fun.
I make an effort to listen for /QRP Hi
73
Donovan
ZS2DL

This is SO nice of you to write to me! I verified my contact with your "online" logbook. You're my most distant QSO in my logbook.

It's comforting to know you listen for the "weak signals". You're an inspiration for the QRP op's in NA. --