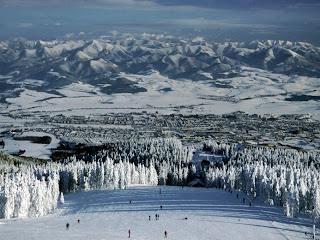 It was amazingly easy to work OM3RM in the Slovak Republic this afternoon. He was sending blistering fast on 14.029 at 1847z. Because of his speed, it took me several times to make sure I had his call sign correct. I'm uncomfortable with speeds over 20 wpm and he was sending much faster than 20. He answered my call on the my FIRST try.
The band has been like a "tree full of squirrels" today. (There one minute and gone the next). I think I was the only one that worked him because he choose another frequency or another band after sending back my call sign and "QRP" to let me know he heard me correctly. Honestly...his speed was much too quick for me.
Tibor (OM3RM) is listed on the E-QSL site so I sent him my electronic QSL card.
At the end of Communist rule in Czechoslovakia in 1989, the Slovak Republic peacefully declared themselves a sovereign state. Although they still consider themselves a close partner with the Czech Republic, they're a NATO member and a member of the European Union and use the Euro as currency.
Their GDP comes mostly from automobile manufactures like Volkswagon, Peugeot, and Kia. They also have major electronic manufactures like Sony and Samsung.
The above picture came from Wikipedia and is a ski resort.
Posted by Jspiker at 12:02 PM

Hi John, well done. I am still amazed what you can do with your antenna and QRP of course. Have a nice Sunday, 73 Paul

Well done on the super-fast QSO in CW!

As regards Steven's walk, I am enjoying reading it enormously. I decided at the outset to take it slowly to try and get the feel for the length of time he was away from home.

Last night he had watermelons in Greece and got arrested in Yugoslavia! He's a very gutsy guy and I admire him tremendously.

I like him as a person very much. He seems more mature than his years and has a very nice outlook on life and the world. I like his optimimism about the world's people in general: his trust in them.

Thank you for recommending it.

Paul...I'm amazed myself due to as much to my "indoor" mounting and my poor location here in the valley. Sure wish I could reach the 30 meter and 15 meter bands. Maybe this summer when I can get outdoors with my G5RV.

Adam...glad you're enjoying the book. I need to call him and see where he is traveling now. As far as I know...he still has all his original "parts". Same knees, feet, and hips. (must be great genes).

We finally got some snow last night. About 6" and it's cold and windy today.