Dog Bite in the Country 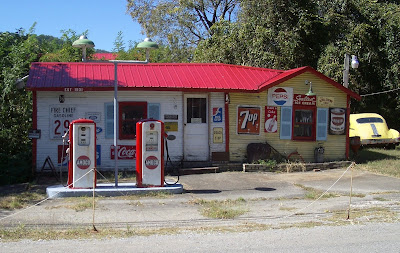 I took off on the bike this morning with the intentions of riding a few miles in the city. But the weather was so cool, and I felt so good, I headed "out in the country" a few miles towards a little town just outside the city limits. For safety, I traveled the back roads as much as possible. It's about a 20 mile ride (round trip) to this little town.
As with most country rides, there's usually a "bad" section of road between small cities. Today was no exception and I needed to brave a major highway with very little bike space between it and the guard rail. Traffic being light, when I entered a major intersection, I sprinted as quickly as possible to the next exit. I had a sense of confidence as I exited the highway without a mishap. 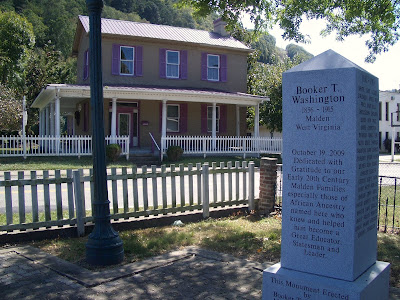 I spent a few moments in the town, exploring the side streets along the river, and then rode out of this town and through some beautiful pasture land where a herd of cows gathered under a tall sycamore tree.
I was now in real country.
On the return trip, I hated the thought of braving that busy traffic on the highway again, so I decided to explore another avenue with the hopes of riding down the railroad tracks or along the river.
That was my first mistake.
Life is different in the country. It's common for country people to have a dog or two on a farm and as I approached the river, the road came to an abrupt halt. There was nothing to do except stop, dismount, and back track my path towards the busy highway.
That was my second mistake.
Across the field, I saw two large dogs approaching me. I wasn't alarmed. I'm comfortable with most dogs and consider myself a decent judge of character when it comes to body language. I was off the bike and didn't have time to turn and ride off quickly. I should have stooped down and grabbed a hand full of rocks.
That was my third mistake.
It could have been much worse. I'm disappointed that I wasn't able to maneuver myself into a better position to avoid the dogs. I could have defended myself, if it had been only one, but two big dogs were a bit too much for me. One of them got me on the right calve around knee high as I attempted to place the bike in a defensive position. After the bite, I was able to gather a hand full of rocks and send them both scattering for home.
I just wasn't quick enough.
The strange thing about this attack was there wasn't so much as a bark. It really caught me off guard. The body language didn't indicate a confrontation. The smaller one circled behind me and just "bit"......just for the hell of it.
As I stood there for a few moments, cursing the situation and tossing a few more rocks, off in the distance I noticed a small boy on a bike heading my way. I could tell he was concerned about me. I discovered quickly it was his dog and fortunately, (according to his parents) had been vaccinated.
It wasn't a bad bite. (this is sort of thing is like an occupational hazard with bicyclist in the country) It's not the first time I've been bit. I guess the really sad thing about this event was that I didn't have my "dog spray" with me. A good dose of "spray" on the end of the nose, and into the eyes, will stop even the most vicious of dogs. It's harmless for the most part and would have worked in this situation.
The father, mother, son and I talked for awhile as they poured plenty of hydrogen peroxide over the bite area. There's a very small puncture wound in my right calve muscle and some other small marks just under my knee. It's pretty mild for such a large dog. We cleaned the entire area with some paper towels. They offered some band-aids but I felt it better to air the wound.
I guess I'm more embarrassed than anything else because of this incident. This was a "territorial dispute" and nothing more. People in the country can't always pick up the phone and call the sheriff in an emergency. Dogs are one of the best burglar alarms money can buy in the country.
They will watch the dog for a few days while keeping him chained close to the house. I don't expect any problems. I travel a lot and have current immunizations for everything except the common cold. I've had a recent tetanus shot and unless I see signs of infection, I'll ignore it for the most part. The calve muscle is a little sore this evening but that's to be expected.
My next bicycle ride in the country will include a new can of "pepper spray". It's the best thing for both me and the dog.
Posted by Jspiker at 2:15 PM

John, I am sorry to learn of this incident. Unless the owners can show proof positive via documentation that the dog was inoculated, I would be concerned. Supposing they will keep the dog tied up for a bit wouldn't reassure me. A shotgun and quick burial in the back 40 would eliminate the offending animal.

I do take it quite seriously and will watch the leg closely for infection. But I hate to see any family pet "put down" over a "territory dispute". Whether it be a dog, cat, coyote, wildcat, or bear; this behavior is all too common.

I was in their "space" and should have recognized the potential danger sooner.

I failed to mention that I worked with a search and rescue group once and got to know dogs very well.
My "X" was a wildlife biologist and was quite an expert with "cat" body language. We once hiked close to a pair of mating wildcats without a confrontation.

I also came face to face with a good size female bear one time. She swatted her baby cub on the rear end which scurried trough a rhododendron thicket. The pink on the cubs feet really startled me on that one. We faced off for what seemed forever until I finally dropped my head slightly. She did the same and then I slowly took a step backwards. She did the same and then followed the cub.

My current wife and I observed a Moose and her two calf s in Alaska once. The important thing to remember here is to always keep a large tree between you and the Moose.

Really...I'm embarrassed at this incident. Fido was just making a statement and intended me no real harm. But he did take advantage of his friends distraction and I'll never forgive him for that.

Thanks for your concern.

Hello John, heavy! Well, dog bites can give serious infections. I worked for 40 years in a hospital and saw a few serious dog bite infections. It not my intention to frighten you, but you should take it serious. I saw people with a MOF (multi organ failure) after a dog bite. When someone is serious bitten by a dog in the Netherlands, the police will shoot the dog. Take care, 73 Paul

*** post somehow deleted in error. Sorry about that Paul. I cut, pasted and re-entered.

Hello John, I'm living at the country side here in the Netherlands. And have been bitten by a real mean dog years ago. Been to the doctor immidiatly for a vaccination. Though dog may be killed when this happens in the city here in the Netherlands. They don't care over here at the county side. Although a few weeks ago I heard of police officer here in the neighbourhood, he shot his own dog when it seriously bit his daughter in her face. So, I don't like dogs....more of a cat figure. By the way I like the picture of the 1931 gasstation. 73, Bas

Hello Bas, I'm concerned about the bruising in the calf muscle this morning but still no sign of infection. It's pretty sore today.

Just to be on the safe side, I'll see a doctor this afternoon. I'm sure he will give me some antibiotics just as a precaution.

I too, have never seen anything like that "old" gas station in the picture. I thought it was pretty unique. You only see things like this when you're out on a ride and moving at a slow pace. I thought it would be a neat picture to share. I'm glad you like it.