So Quiet You Can Hear a Clock Tick 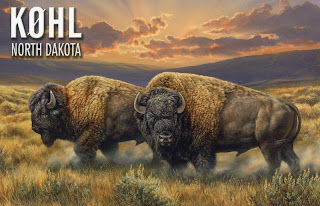 This afternoon on 20 meters, I heard Ken Muggli (K0HL) transmitting from his pick up truck located a few miles outside of Glen Ullin North Dakota. He drives there often because of his love of wide open spaces. I can identify with that....

A master clock repairman, he runs his business  from the basement of his home. In these days of the internet, it's entirely possible to run a lot of businesses in this manner. His choice to do so is admirable.

Ken says on his web site that the sound of a ticking clock is one of the most comforting sounds in the world.


"The tick-tock - I can't think of a more comforting, soothing sound. I think it goes back to the womb, listening to mother's heartbeat."


The temperature out there today was 5 degrees and I imagine you could hear a pin drop in that cold air. You could certaintly hear the tick of a clock.


Ken was a little over a thousand miles from me and is FISTS # 14398. It's very possible he was QRP but only sent a "M" after his call sign today. It was a very quick exchange because QSB was a terrible problem.

Hi John, ND isn't an easy catch QRP or QRO so good-going. Yes there is something soothing about a clock ticking in the night. What worked for me was the sound of a distant train with steam-whistle. Now, as there are not longer, steam-whistles but violent air-hornes, I put a CD of those old trains on the player and let it run. 73 Dick

Yes...I've only worked North Dakota once before but it was from the Outer Banks of North Carolina back in 07. This was my first contact from here in WV.

Although I've worked South Dakota several times, those few states between the Rockies and the West Coast are in a difficult spot.

FB on the train sounds. I love to hear those. There's only one place here where that's possible and it's near a major "radio telescope" station. They're not too happy about random radio signals on any band. Hihi

It's called the Cass Scenic Railroad.(Google) I have one of those tapes also of their train sounds. I'll have to get it out and listen to it again.

Nice work lately John with this contact and the Cuban station on 10w ssb. Your qrp ops and your posts about them are an inspiration.

I met Ken on the air back in January of last year. If you haven't already send him a card as his is a beauty. One of the nicest in my collection.
73 Mike KD8JHJ

I always think there's something special about working a portable (or mobile) station. Especially when they're in a location like Ken. He e-mailed me later that day and said it was a particularly cold and snowy winter this year in Montana. He said if it didn't stop snowing soon, he would have to climb out the windows to shovel snow from the doorway.

I'm not big on cards but might make an exception in this case. Thanks for letting me know about this.