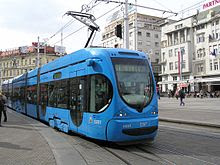 I assumed the solar flux was "done" (its 88 right now) but this afternoon I worked several more DX stations on 20 meters. I'm not hearing a LOT of DX stations but they are VERY strong.

The adventure started yesterday when I worked another Nova Scotia station at about 1,000 miles (VE1HH) . George was in New Glasgow, which is located in the upper northern part of Nova Scotia. I was using 5 watts of power.  I also heard (but couldn't work) EA8CMY in the Canary Islands, which is off the coast of Africa.

Another blogger (PA1B) has been encouraging me to keep my power below 5 watts. (That makes it a little more exciting when jumping the 4,000 mile pond into Europe) and since I don't know how many times I been "just under" the 1000 mile per watt award, (while using 5 watts), I took his advice and lowered my power to 4 watts.

This afternoon, I worked another Nova Scotia station (VE1BA) in Kingston. John was using a Yeasu FT 817 at 3 watts and he sounded great. I worked him easily while I was using 4 watts of power. We've worked previously.

Hello John, well done. I have experienced that when condition are sloping down, nice propagation is expected. 73 Paul