The Museum of Radio and Technology 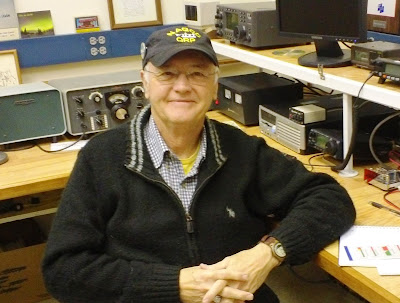 On February the 20th, 2016-  three of our WV Chapter members drove to Huntington West Virginia for our annual Special Event at the Huntington Museum of Radio and Technology. The Museum is about an hours drive from Charleston. We used the club call sign N3AQC. We did our best to make as many contacts with NAQCC members as possible. 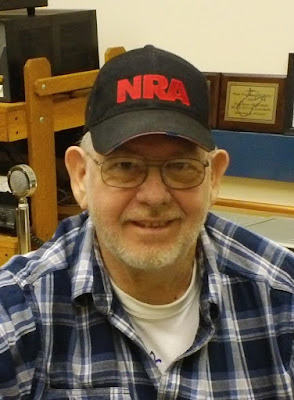 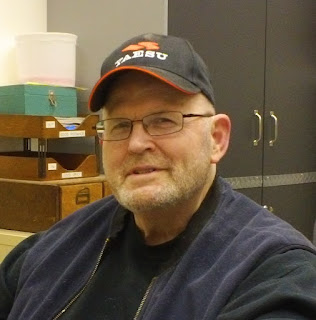 We had a great time despite some very challenging band conditions. The solar flux was only ninety eight, the A index was fifteen and the K index was one. To the club members I was able to hear and work, I salute you for the contact of a lifetime. You should play the lottery as soon as possible!

I started on the 40 meter band but was soon overwhelmed by the hundreds of participants in the ARRL DX Contest. In about an hour, it became obvious that it was going to take more than five watts to make many contacts. I switched to the 20 meter band. We soon decided the best choice for contacts was "search and pounce". We had trouble with the beam today. It took Dave and Rodney working together to physically run outside and verbally describe direction that the antenna was pointing. There was apparently a short in the wire to the indicator in the shack.

I'm not a bad DX operator but all the pro's were out today. The majority of the CW operators were sending in the 30+ wpm range. As the three of us concentrated intensely, and wrote down what we heard, we managed to work fourteen stations.

The best were FY5KE in French Guiana, CR3W on Madeira Island. and T48RR in Cuba. I was very surprised to work the T48 station in Cuba. I've worked a bunch of Cuban stations but never one with this prefix.
Posted by Jspiker at 6:08 PM

Hi, I did listen for you in the UK, but the contest was against you. Perhaps better luck next time. I did work quite a few US contest stations with 5W, some using my MFJ-1786 magnetic loop, but I think they were using something way more substantial on the antenna front. Steve G0KYA

The DX contest made it really tuff on us Hi Hi
No real complaints since there's no money involved.... always good to get out and operate from a different place. Maybe next year?

Good evening John, I spent some time in the ARRL contest as well. I was using my K3, MFJ 1788 loop on my balcony and the power was QRP at 5 watts. I made 40 contacts (including Cuba as well) and was one Saturday and Sunday for a total of about 3 hours. As for the code speed some op's are sending at a crazy 40+ WPM I sometimes wonder if they slowed down if in the long run they would make more contacts. For the speeds above 35 WPM I use a decode program called MRP40 and it does a great job.
Have a great week
73, Mike

Thanks for the tip on the decoding program. I can't even type that fast. Hi Hi
I start getting into trouble at around 25 wpm. Hope the winter is about over. Even here in WV, we've had record snowfall this year. I'm looking forward to the warm temps again.
Good to hear from you. 72's

Sorry I missed the fun. By the way I went to the US Forest Service today and they issued me an access pass good for national forests, NPS and BLM so we are ready.

Hello Steve.... looking forward to it.