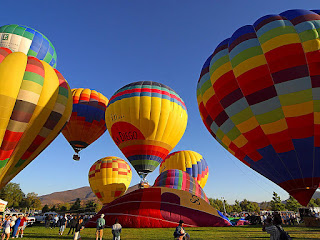 Happily, I've got some "very good news" to pass along. About two months ago, I started having trouble with my back and have been forced into an inactive lifestyle which has been sort of depressing. This isn't the first time I've had this problem. I experienced the same trouble around five years ago but on the left side of my body instead of the current right side. It involves a disc pressing the sciatic nerve which has left me almost sedentary. It came on gradually in a period of around a week, and it apparently, has left much the same way.

Over the span of about a week now, the pain has finally let up and I'm seeing some real progress in being able to get outside and move around without the wheelchair. Although for only short distances, I'm almost able to move around with the help of a cane. I can walk about a block now. The effect on my attitude is remarkable.

I have an appointment with a physical therapist in about 10 days now and will have a test to determine if there's been any permanent damage to the nerve. I still have minor cramping in my right leg but hope this will eventually ease up and allow me to get back to a normal life.

My ultimate goal is to be back on my bicycle and enjoy the rest of the summer months.

My radio hobby is always "second" priority when it comes to family and social events.  I missed the "window" on the 15th due a family obligation and therefore didn't make a DX contact on that day. That's a little bad news; but last night after a monthly game of bridge; I easily worked ES3AX in Estonia.

The band is still there, and I've no doubt that DX can be worked "every day" with a modest QRP station and a modest antenna. My list of daily DX contacts has been briefly interrupted at day 146.

Today is Fathers Day here in the United States. I'll be driving my Dad to dinner with my brother and sister. He's almost 93 now and still getting around by himself, although moving around a little slowly.
Posted by Jspiker at 8:30 AM

John have a great day with your dad to day. Very good news about he back and nice to read that you are getting better and better.
Mike

Yes, I'm fortunate to have dodged the bullet again; so to speak. I'll be happier when I can get back on the bike. Hihi

We had a great day with my Dad today. He loves to eat. Myself, I won't need any more food for a couple of days now.

That's great news about your back. I have been there...not as bad, mind you, but I understand how back pain can immobilize you. I'm glad you're on the mend.

I consider myself very lucky indeed. This time; I thought surgery was going to be a sure thing. It's taken about 12 weeks for the pain to ease up and get somewhat back to normal.