A Radio Day at the Airstrip


I had a great time watching a "radio controlled" airplane demo yesterday and I also thought (correctly) that I might meet a few "hams". The Flying Hillbillies RC Club put on this "show" as a benefit for the "Wounded Warriors" which is a support group for injured and recovering military personnel in our nation. There are "thousands" of these brave people in America who struggle with injures that have changed their lives forever. 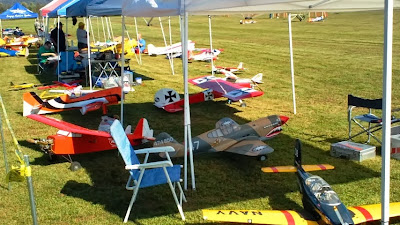 The first video is what I call the equivalent of a "burn out" which high powered "dragsters" use to heat up the tires and get a good "grip" on the asphalt racetrack. In this case with the airplane, the radio operator was using this maneuver to "get the feel of the controls". He also did some remarkable things in the air, which I wonder are possible with a real aircraft?


My hopes were twofold at this event; In addition to being around this kind of technology, I find it common to see "hams" at these kind of things. It took only moments to see the "tags" on a pick-up which displayed KE8V and after roaming around a bit, and looking at some of the aircraft like this 200 mph "jet", I also met WV8RC and W8BV. Rick (WV8RC) is a mover and shaker for the annual "Charleston Hamfest". I set up my QRP station there last year and worked stations in Denmark, Germany, and France. 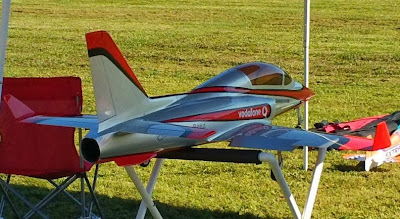 I felt the outing was a real "success" when I noticed my old friend (and my mentor) Bill Walker (NK8Y) in the crowd. Bill was the motivating force for QRP radio when I first entered the hobby! I also made him aware of the "new" West Virginia Chapter of the North American QRP CW Club. I think I've got him hooked on the new club.

The NAQCC WV Chapter is in it's infancy. It's open to all West Virginia CW QRP operators, and those wanting to learn this valuable skill and work the world with only a few watts of power.

The helm is steered by "yours truly" (N8ZYA)

I'll have more to say about this group soon, but for now, I'll continue wandering around and recruiting members for the new chapter of the larger NAQCC Club. The airshow outing was an attempt to mingle with some local hams and spread the good news of the infant club. I had a great time doing so..... 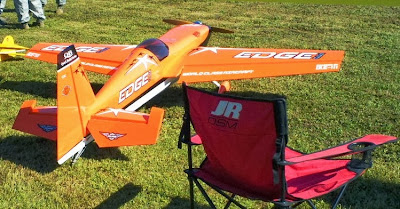 Very cool John! My brother in law is into RC aircraft. He flies Helicopters. It was a gorgeous weekend for outdoor activities.

Hi John, it looks spectacular, that's for sure. 73 Paul

Just discovered your website and just wanted to say how much I have enjoyed it. I am new to radios. I just got my General about 11 months ago and haven't done anything with it. I have a ht but I am wanting more. I love reading about your contacts. That is the kind of stuff I want to do if I can ever decide what kind of radio and antenna to get. I will also be in your town in a few weeks for a board game convention called Charcon. Just wondering what repeaters are active in your area? Thanks.

Yes, it was a lot of fun watching these guys. There were also helicopters and drones but I left before any of them flew.