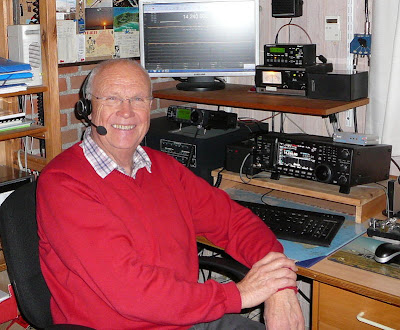 This morning brought me two new stations in Denmark. The first being OZ8PG and the second being OV1CDX. I actually worked OV1CDX twice; first with the random wire and the second time with a new 17 meter dipole, which I stretched out "temporarily" in the upstairs rooms. I don't have room keep it up and use it all the time, so I took it down afterwards; but not before working F8DGY in France. That made a total of three DX new stations. 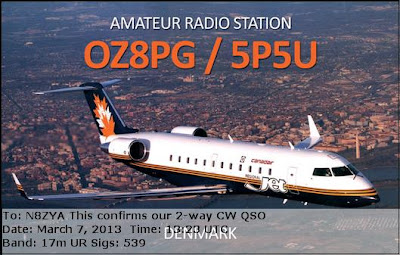 I think the random wire won out this morning when compared to the dipole. I know for certain I can hear better with it, but due to my operating location at the hamfest, on March 16th. the random wire would be a poor choice. It would not work well there because it's a metal building with large steel beams. The dipole, mounted outdoors, and a little distance from the building, will be the winner.

Using a random wire from a metal building with iron beams would be like trying to transmit from the inside of a tin can. I know the dipole, which is specifically cut for 17 meters, will be the antenna to use at the hamfest.

Yesterday, I also received a new "replacement" battery for the Sears Die Hard "jump starter" (model # 950A) which I use to power the radio when transmitting from picnic tables. It has served me well and lasted 5-6-years before giving up the ghost.

I like this "booster battery" because there is a "digital battery level readout" and "charger" built right into the unit, and also it has a "built in" light. It's massive, and much more than I need, but will power the radio "all day long". It's an eighteen amp hour/ 20 hour monster. I was able to install the new battery easily, with only a phillips head screwdriver, and a small wrench.

The new models have a USB port built into the front case.
Posted by Jspiker at 10:27 AM