Fox in the Woods 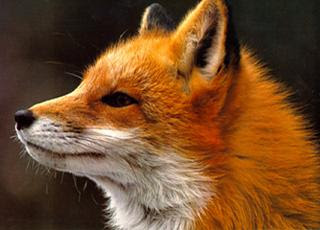 I've been off the air for a few days because relatives were visiting, and then Halloween, and then the elections.... Sometimes there's just not enough hours in the day. (even when you're retired).
Tonight is one of the first few " FOX HUNTS " of the winter season and I REALLY want to catch the "Wyoming" Fox but..... There's a BIG problem for me this year!
We inadvertently scheduled dinner with some friends, just up the street, and it's really going to be close timing to eat, drink, and be merry and then do a quick "fox hunt".......
To make matters worse;
I live in a "Historical District" which has MANY reasons to NOT have an antenna showing outdoors.... but I chanced it this evening and placed the 40 Meter Isotron on a painters pole, just outside the window where I usually keep my indoor station.
My neighbors can't say much about the "temporary" structure outside the bedroom window but they can cause some problems if it's up for much more than a few days. I hope there's not a big fuss but these are extraordinary circumstances tonight.
I have high hopes for catching the elusive fox's tonight (0ne in Georgia and one in Wyoming). I caught the Wyoming fox last year. It won't be the end of the world, but its SO much fun....
As a test, just at sunset this evening, I threw out my call on 7058 Mhz (2250z).
N5DY (Jack) of Stillwater Oklahoma answered me. That about 875 miles, as the crow flies from here. This tells me the FOX can be had.....if he's not back in the brush by the time I can get in the woods. 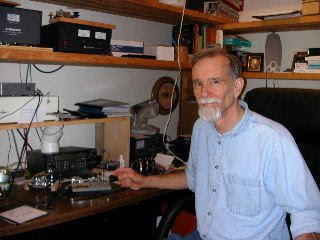