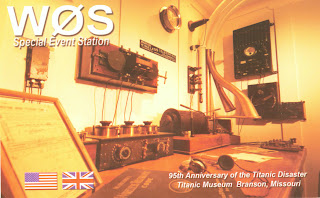 I spend about 90% of my time on the Amateur bands using Morse Code (CW) but sometimes, there are "Special Event" broadcasters that use the SSB or AM modes. Sometimes, on rare occasions, I'll try to make a contact in the brief time they are on the air. 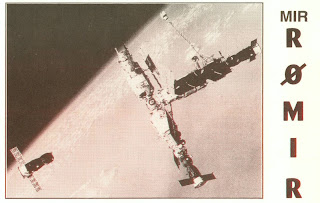 In the past, I've made some interesting contacts with guys transmitting from ships and lighthouses, the Russian Space Station (MIR), and a bunch of Hams operating from State Fairs and Historical Spots. It's nice to get a QSL card from them celebrating the event. 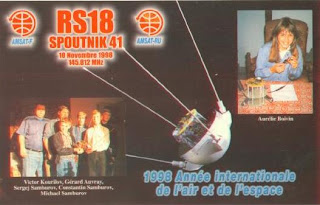 One of the most recent I've contacted was transmitting from the "Calgary Stampede" event in (where else) Calgary, Alberta Canada. (that's a good coast to coast contact for me). I have a music friend that lives there and was probably playing at one of the many rodeo events during that week.
But probably the rarest station I've logged in the past, is on a little island about mid distance between Africa and South America called St Helena.
It's a shortwave broadcaster (SSB) that transmits for about one hour on one day of the year.
If you're lucky (and have a SWL receiver with SSB capabilities) you'll be able to hear them on Saturday 15 November 2008.
Listen on 11092.5 Khz in USB @ 2230-2330 UTC Time.
Here's the link to their web site:
Saint Helena - The Island In The South Atlantic Ocean