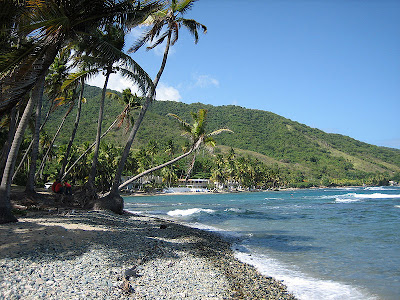 I'm beginning to love 40 meters more and more every night. Especially since I worked another "southern" station last night. I heard KP4SJ in Puerto Rico and exchanged the basics. There's a big storm bearing down on them now but it didn't phase our QSO. Pablo had a good signal here in West Virginia.

Afterwards, I watched the International Space station cross West Virginia sky. The pass put it parallel to the Appalachian Trail as it sped up the eastern coast towards Maine.  I've seen it a couple of times recently but forget to take the handi-talkie with me. If there's any activity on the ham bands, it can be easily heard in the brief few minutes that it's visible in the sky.
Posted by Jspiker at 7:20 AM 3 comments: 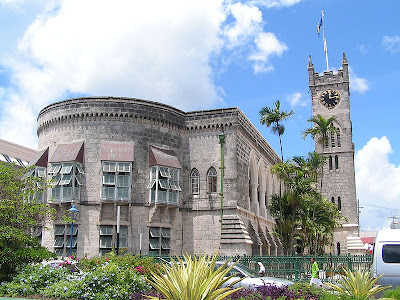 Sometimes it's not always a bad thing when a person can't sleep well, and even more so, when you're a CW operator. I've found another of the "big advantages" of the Morse Code mode is that it can be absolutely "quiet" while playing radio and using a set of headphones. The wife, the dog, and two cats never heard a thing....

Around 2:30 am this morning, I stumbled into my radio room and spun the tuning dial towards the lower portion of the 40 meter DX band. I was hearing a few stations, but nothing exotic, and was about to try getting back to sleep, when I heard the unusual call of 8P6BE, sending fairly slowly, on 7053 MHz.

He wasn't strong, but crystal clear, and out there all by himself.

It was cloudy, rainy, and 74 degrees in Barbados as Hendy (short for Henderson) transmitted from his Tentec rig and a simple dipole antenna. We sent call signs and names back and forth several times to make sure everything was correct. I don't think he had ever heard of West Virginia and neither of us exchanged our cities.

This was actually a nice QSO and much more than a "handshake". I don't think I've ever gone south like this on 40 meters before. It was a nice nightcap to work this unusual station on the unusual band of 40 meters. We both decided to listen again in the early morning hours on this frequency.
Posted by Jspiker at 7:24 AM 4 comments: