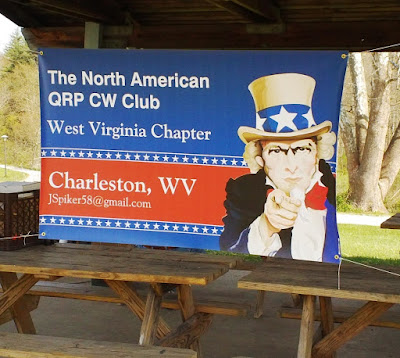 The West Virginia Chapter of the NAQCC club operated from the Hurricane Wave Pool Park on April 19th 2016. We had good weather and had a good time operating from shelter number two in the park. The operators were myself N8ZYA, Dave Higley WV8DH and Jim Stephens NX8Z. 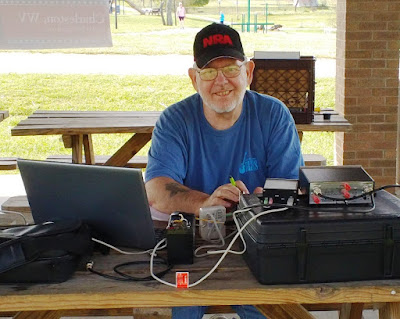 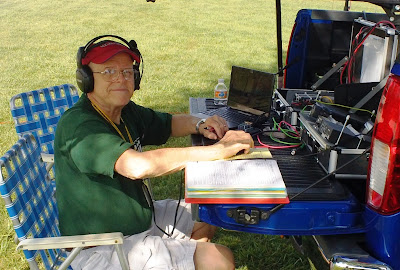 I've always said that radio is a lot like fishing. You never know what you're going to catch until you throw the line in the water. I was happy to work VE4AKI because he was the only Canadian station I've worked in the province of Manitoba. I now have all the contacts necessary for the NAQCC WAVE AWARD.

Although no DX stations were worked on this outing, I was able to work club member KB5JO in Texas. Two stations were actually worked in that state but the remarkable thing about this contact was that he was using 800 mw to an eighty eight foot doublet. The RST was 599.

Texas seemed to be popular as I also worked a special event station celebrating 180 years of Texas independence. 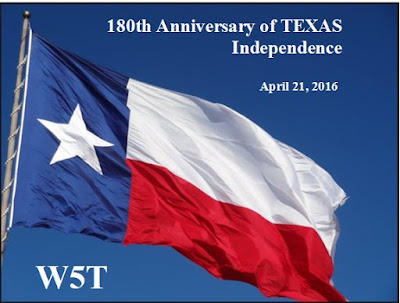 Always a fun time regardless of working two dozen or only eight stations, it was a nice day and we enjoyed the sunshine and camaraderie of like minded hams. Lets all hope for improved band conditions on the next outing.