I received an unexpected surprise in the mail this morning. I worked Oleg (UR5FA/MM) back in May of 2011. It's unusual to work a QRP station at around 5,000 miles, especially from a ship off the coast of Brazil. We actually worked each other "twice" on two different days from two different grid squares. (GK57 and GK91). Oleg was running a "long wire" stretched between the masts of the ship. He was the communications officer of the ship and running 5 watts of power.

Another unexpected surprise was to find him on the NAQCC membership list! (#4528) 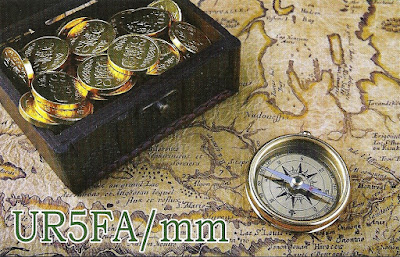 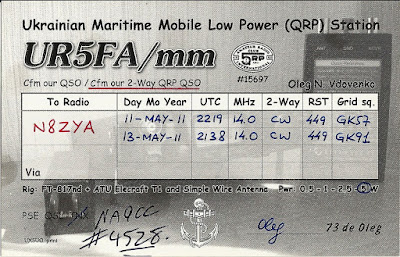 I immediately sent my return card to him. I'm really proud of this (paper) card. Oleg included a SASE which is now in the mail. 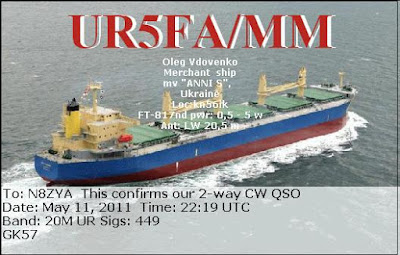 Here is is a picture of the ship.