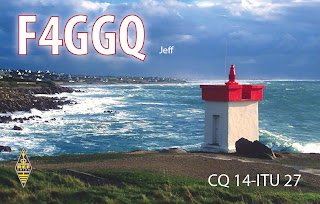 Despite poor forecasts and a solar flux index of only 107, I still found activity on 10 meters this morning. I worked two new French stations; F4GGQ and F5VNB. I also heard strong stations in other parts of eastern Europe, like TK5KP (France) and MW0ZZK (Wales). As a surprise, I listened to PJ7TM in St Martin, and then heard (and worked) WP4NXO in Puerto Rico. These three stations were worked with 10 watts SSB power. .

I'm surprised to not hear more CW operators on this band. Perhaps I still haven't been listening at the right time and place? I'm certain that I could work both Alaska and Hawaii on this band and I need both of them for WAS. 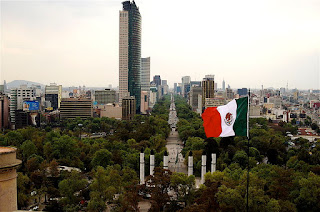 My only CW catch (and the best prize), was XE1ZW near Mexico City. Bill was pushing a tremendous signal up the east coast. His signal was a 599+ and I thought he was in my local city. He is also a new DX entity (#50) for me. For some strange reason, Mexico has always been difficult for me to capture. My signals rarely go easily towards South America.

Today's contacts bring my total DX Stations to #172 which have been worked with QRP power and a "simple wire antenna" with NO gain.
Posted by Jspiker at 1:26 PM 8 comments:

Radio time this week has almost come to a halt due to a new family member. His name is "Timmy". 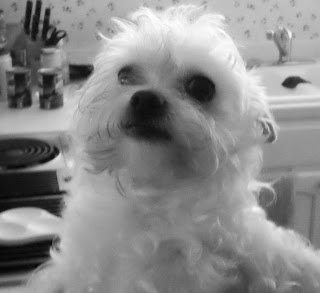 My first morning chore is a walk before breakfast. Then at "noon" , another walk, and also an "evening" walk. But despite the changes to the household, I'm glad we got him; because he was soon headed to the kennel, where his fate would have been decided by chance.
Timmy is a rescue dog.
I'll need time to squeeze in the radio as I alter my routine. The wife an I are both spending time with this little fellow. (He's SO Cute) This morning, after his walk, and our breakfast, I tuned into the 10 meter band. It  took only a few moments to work F6KHM in Brest, France. 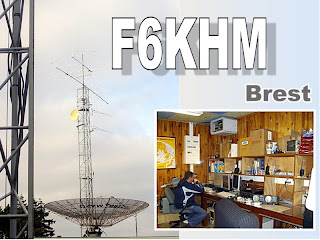 I also heard a strong G2KG in England; but couldn't work him. A little later, while tuning around on 20 meters, I heard a very strong W5XX who was working a contest from Warren County Mississippi. At only  650 miles, he certainly was not a long distance; but I worked him with only one watt of power.
I wish I could have spent a little more time on the radio; but it was soon time to walk the dog again. Hihi
Posted by Jspiker at 1:42 PM 7 comments: 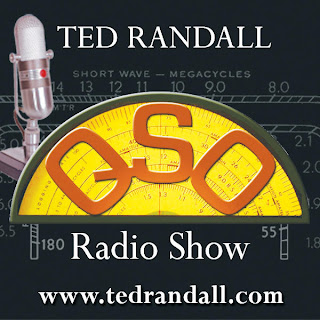 Shortwave Radio station WTWW in Lebanon, Tennessee is testing a 100,000 watt transmitter on the shortwave bands. Although I missed the original transmission on 9990 MHz and 5085 MHz., I've been listening to podcasts from the website which is here:  WTWW QSO Radio.

The program is called QSO Radio for a good reason.

The program highlights the Amateur Radio Hobby by featuring live "on the air" QSO's with ham operators and Ted Randall does an excellent job with the station.

I've added a link to the site on the right side of my blog. If you're a ham radio operator, you will love this station. I've been listening to the podcasts ever since I discovered it on the QRZ.com news site.

Please take the time to view the website and sign up for future e-mails. I will be looking forward to hearing a lot more of this station!
Posted by Jspiker at 9:18 AM 2 comments: 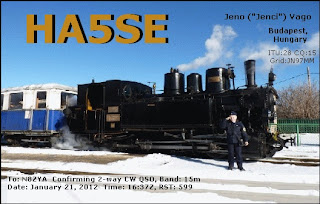 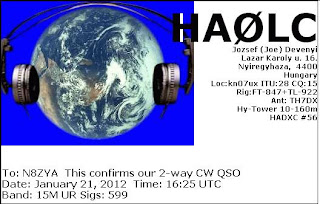 Back on January 21st, I worked these two Hungarian stations. I especially like the one on top (HA5SE). Although happy to have them both, the one from Budapest is a "custom" card and appreciate the time he put into it. I like trains; so this is right up my alley. 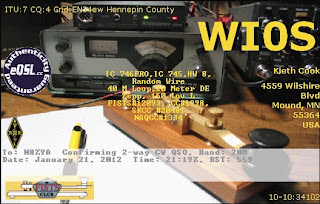 Here's another especially nice card from WI0S. Beautiful key.....love it!

It appears the bands have taken a nose dive again. I'm still making contacts every day, on both 20 meters and 40 meters, but nothing across the pond.
Posted by Jspiker at 2:31 PM 2 comments:

A Great Description of Morse Code

I've recently added  The Telegrapher  by AB9NZ to my list of favorite "radio blogs" on this site. Tom has one of the best descriptions of the "classic" Morse Code exchange I've read in a long time.

"I can't think of another hobby where eternal signals are created, where one can witness the speed of light, and where a fella can feel the sheer joy of actually dabbling in the supernatural. To me, a quick handshake from some remote outpost, traveling through thousands of miles of aether, is a pleasure and privilige that just shouldn't be denied".

Congratulations Tom...very well said and I totally agree. I've always thought radio as a form of magic, and especially so, when operated from the field. Hence my  preference for portable operations and "shaking hands" with other portable QRP operators.

The last few weeks, I've also given a lot of thought to the "focus"of my radio blog. As much as I love this hobby, I like reading about "other" things occasionally. Hams are some of the most interesting people I've ever had the privilege to meet. I'll be throwing in some of those interests from time to time.

Such is the life in Charleston, West Virginia. 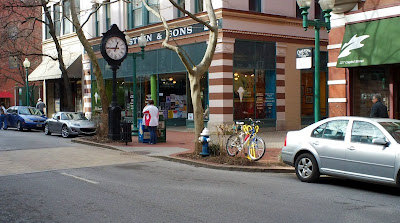 Bike Riding in the Valley 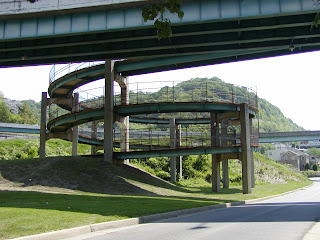 I'm glad that I spent most of yesterday riding the bike, enjoying the sunshine with temperatures in the mid 60's (f). I had almost forgotten the feeling of a strong pulse rate, the wind in my face, sweat, and fresh air in my lungs. The picture above is a "neat" pedestrian ramp to a bridge. It's fun to ride on a bike. 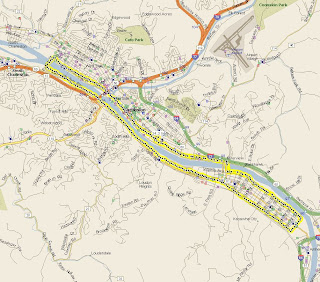 I rode about 20 miles by just walking out the front door and peddling wherever the road led me. Charleston is fairly "bike friendly" and there's always interesting sights along the way. I do a lot of riding "in the city" mostly because I can walk right out my front door and ride along the river. 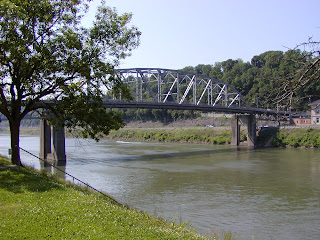 The river runs right through the center of the valley and there are several bridges where I can cross and return home without without having to backtrack my route. There's also plenty of stops along the way to rest, grab a snack, or just relax. 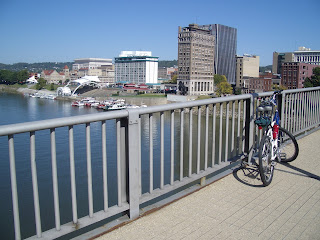 If the weather gets any warmer (this is the beginning of February now) I'm going to have to cut the grass again. The weather is supposed to be in the 60's the rest of the week.
Here's something I thought was amusing. It's actually a "kite" attached to a long pole. It allow grass to grow by scaring off small birds which normally eat the seedlings.
Posted by Jspiker at 9:50 AM 6 comments: