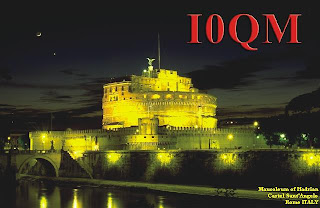 I'm bouncing off the ceiling right now after exchanging SKCC numbers with I0QM in Rome, Italy. Bob was sending CQ SKCC QRZ on 7065 MHz @ 0306z tonight. I listened as he worked a few other station here on the east coast over a course of about 20 minutes. I kept sending my prefix between exchanges and was very careful not to interfere with the QSO's with the hopes he was hearing me and guess what.....it worked.
It was difficult because I'm only running a max 10 watts but he sent N8 a few times and something like N8BN .....etc and IMI and QRM. I thought he had given up or (maybe) I didn't have enough power for the contact but he finally sent PSE QSY DN and a series of dots.................as he shifted down the band to 7062.4.
What a clever idea......
I've worked several stations in Italy on 20 meters but this was my first DX on 40 meters. He returned my name and sent me a 449 but asked for my number again. (I was so excited I forgot to send it). I copied everything and returned a 339 but his signal, at the end, peaked to an easy 559.
I can't explain my feelings now but to say I'm excited is an understatement.
Bob (I0QM) is SKCC member # 4954C and also NAQCC member #3196.
The above card is from QRZ. com but I will confirm with E-QSL.
Posted by Jspiker at 7:40 PM 7 comments:

When we loose electrical power in the house, there's always a "chirping sound" that's emitted from the "CO2" sensor at the top of the stairs. This morning it happened at about 7:30 as a "power surge" was redirected towards the "state capitol building". I guess living close to the Governors Mansion has a few 'advantages' and I was glad we weren't sitting in the dark for the rest of the day.

I talked to WA1JAS in Maine last night, who was 850 miles from me, and sitting around a wood stove in 4 (f) degree temperatures. He had a great 25 watt signal and it was just beginning to rain when we attended a "Christmas Party" at the neighbors across the street. I didn't like the thought of the snow storm that I knew was heading towards us.
As we turned in last night, the rain was turning into a snowy, wet slush and there were predictions for at least a foot of snow by this morning.
We've been extremely lucky (I think the "State Capitol" building had something to do with it) and have kept the power on all day. But there were almost 19,000 people sitting in the dark this early morning in JUST our county. The "foot" of snow on the ground is an extremely wet and heavy type that smashes shrubbery when it slides off the roofs like giant sheets of ice.
This morning I worked WB2SPP in Toms River, New Jersey and he was experiencing about the same thing. The temperature has been about 32 (f) degrees today but is expected to drop lower tonight. It's going to be just one big sheet of ice in the morning!
I plugged in the charger to my 17 amp hour battery just a few moments ago. (just in case).
The entire West Virginia Turnpike was closed as of noon today.
(the above photo is from Wikipedia and NOT of West Virginia, but I think it's a good example of things to come in the morning)
Posted by Jspiker at 1:34 PM No comments:

Big Snow on the Way 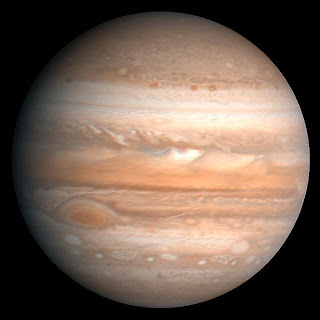 Last night I had an interesting QSO (7043 MHz) with a ham (N3TTC) near Harrisburg, PA. Al was using an Icom rig and a simple antenna. We discussed the approaching snow storm here on the east coast. It's supposed to be significant with about a foot dropping out of the sky in West Virginia.
Last night tho....the sky was crystal clear and Al was hoping to set up his telescope and look at Jupiter and it's moons. That "big red spot" (a violent storm in that giant ball of gas in the sky) is interesting to watch as it revolves across the face of the planet. It also made me think of it's four moons that can be seen with a pair of 10 power binoculars.

Looking at Jupiter with a pair of 10 power binoculars doesn't give you an image like the one above but you can see the "bands", the red spot, and four of it's moons most of the time. Every evening the show looks different. One night you might see all 4 moons on one side of Jupiter, the next night there might be two on each side, or maybe three on one and one on the other the next night.
With all the snow predicted tonight, there won't be any sightings at all. It raining now and the temperature is dropping quickly. Living here in the valley, I really don't expect to see more than a few inches of snow. It will be interesting to see what it looks like tomorrow morning. 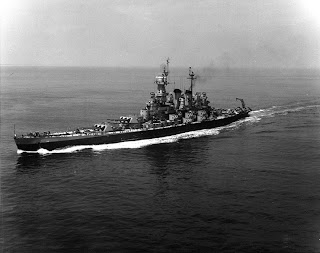 It was nice returning from New York last week and getting back on the air at home. On this trip, there were TOO many "social events" to play with the radio. That's just the way it goes sometimes....
But I worked a "Special Event Station" with the characteristic "three" letter call (W2W) first thing this weekend. They were recognizing " Pearl Harbor Day " and broadcasting from Pennsylvania.
I don't particularly like thinking of this event because I was a sailor on a destroyer back in the late 60's, and I know first hand the stench of burning flesh and the feel of dead weight in vinyl bags. I only think of it during days when our nation takes time to remember the "ultimate sacrifice" of those who served and still serve in our military units today.
You never forget things like that but you DO learn to live with them. That's all I have to say about that....
Pearl Harbor was the home of the Pacific Fleet in 1941 and there were dozens of ships moored there on December 7th. We knew there was an attack coming, but didn't know the exact location or the exact time. The Japanese took full advantage of that fact, with Christmas season approaching in a few weeks, and we got caught with our pants down that day.
I like working old military and civilian ships, and since I've been an amateur radio operator, I've worked several old Coast Guard Cutters, a Submarine, and an old destroyer in Baton Rouge Louisiana, but I've never worked an old Battleship.
Until late Sunday night......
I was listening to the lower end of 40 meters (7028) when I heard the very distinct "and very slow chirp" of an old CW transmitter. It wasn't a "three" letter station but was sending "NI4BK". When I returned the call, he sent his name, my RST and his QTH (Wilmington, North Carolina). I didn't realize what I was working until I looked at the "call" on the web.
It seems the ships call was originally NIBK (back in the mid 40's) before she was decommissioned in 1947. She originally had "seven" radio rooms but only one has been completely restored. The local radio club has been working on the second for several years now.
I'm reading strictly "between the lines" here...but the signal was so faint and the "chirp" so slow (barely oscillating) I think they were using one of the original CW transmitters. I didn't hear any other transmissions after my contact.
I consider myself fortunate to have worked the USS North Carolina (BB-55) with my QRP radio. (and my first Battleship). I operated with the USS New Jersey, for a few months in the late 60's, and vividly remember "seeing" and "hearing" 16" projectiles as they passed overhead. The "fire power" of these old ships were awesome.
The "Ships Bell" from the USS West Virginia (BB-48) is just up the street from me here in Charleston. She was sunk in Pearl Harbor on Dec. 7 th. 1941, after being hit with two bombs and 7 torpedo's (one of which was from a miniature submarine). There were 70 sailors that lost their lives in that attack on the West Virginia along with 1,177 on the USS Arizona. In all, well more than 2,300 sailors were lost that day. 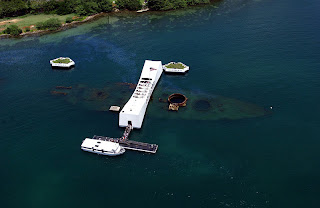 I still remember standing on the USS Arizona Memorial back in the late 60's. There's still a trace of oil oozing from the tomb below this wreckage.
(All images courtesy of Wikipedia)
Posted by Jspiker at 6:33 PM 6 comments: