WV Chapter at the Charleston Hamfest 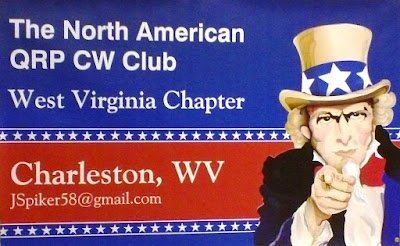 The Charleston Hamfest was at a new location this year and there was a good turnout for the event. The activities this year were at the Emmanuel Baptist Church. Security concerns no longer allowed the hamfest to be held at the previous Army National Guard building near the airport.

The auditorium at the church is large with lots of room for people to wander around with the hopes of finding or selling radio gear. There was a large kitchen also with plenty of food and drink. I think everyone had a good time. My favorite activity was looking at the older tube gear which was abundant at the gathering. 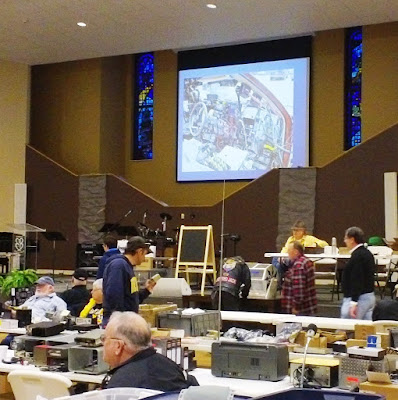 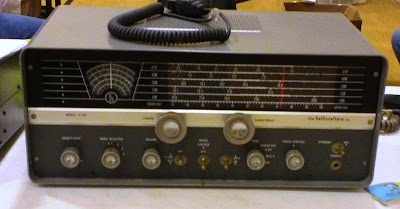 Dave Higley WV8DH brought along his new rig and the associated stuff for setting up in the field. I posted the new WV Chapter Banner on the wall and displayed a couple dozen DX cards on the table. I had the new NAQCC Club video running on my laptop with the hopes of generating interest in QRP CW. I also brought along an external keyer and my favorite paddles. 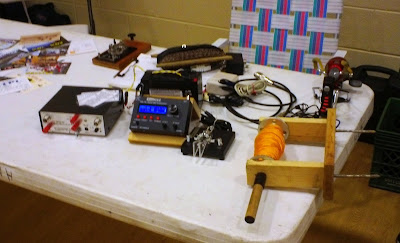 It was great to see all the local WV Chapter QRP folks at the Hamfest. Eric AC8LJ was selling some items at the fest. I saw Jeff K9ESE, John W8GDP, Craig AB8DY,  Derek KD8ZEN, Mark KM8G, Bill NK8Y, Joe WA8SIE, Paul WV8PR, Charles KB8BFM and Steve KC4URI. Nathan KD8ZSS was awarded a prize for being the youngest Ham (16) at the event!

Near the end of the hamfest I was asked to introduce the recipient  of this years Kanawha Valley Amateur Radio Operator of the Year Award to Jim Stephenson WV8JS. I was the winner of that award last year.

The thing I enjoy most at a hamfest is camaraderie of like minded people in the fraternity of ham radio. I added some folks to our mailing list as a result of this years hamfest.

I also added two new members to the West Virginia Chapter. We welcome Chuck Moles AB8FI and his son Bill KD8WBI to the group and look forward to hearing more from them when they're on the official membership list. 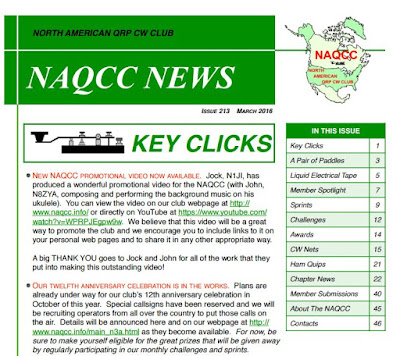 Free lifetime membership to everyone. All we ask is that you spend a few hours every month participating in our activities. So...why haven't you joined yet?
Posted by Jspiker at 6:50 AM No comments:

Can you Work 20 Stations this Month? 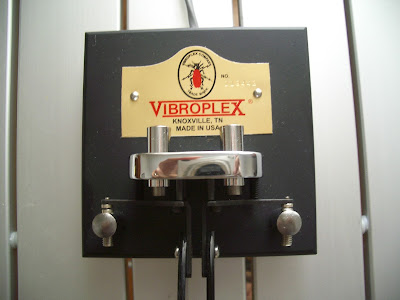 The NAQCC Club has a neat game every month to encourage our members to make contacts on the HF bands. This month we encourage you to make 20 HF contacts while using your favorite "keys". Notice I used the term "keys" in the above sentence....

The specific rules for the event are listed HERE.

In addition to being a fun event, you will be eligible for a club certificate. 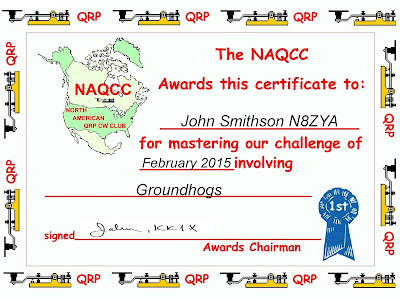 For the certificate this month, the only requirement is that you use two different keys to make those contacts. I plan to use my straight key to make ten contacts and use my Iambic paddles to make the other ten contacts. 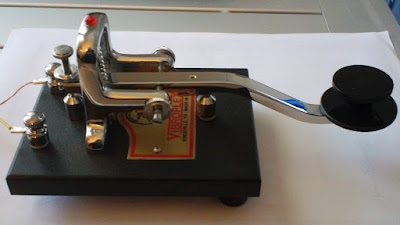 Working twenty stations is very easy to do in a months time. I worked seven stations yesterday and will complete my first ten today. I plan to watch the DX cluster tomorrow and work my next ten stations in a few days time.

Our monthly "challenges" are usually much more difficult to complete. Should you like the certificate this month, there will never be an easier way to get it. Let me forewarn you however, once you start these monthly games, they will become very addictive.