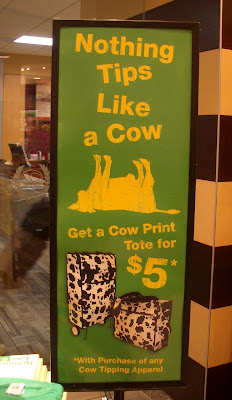 While driving from the airport in Des Moines Iowa, I tuned into their local AM radio station on the car radio. They have a big 50,000 watt station that can be heard in my home city. They’re around 700 miles from Charleston, and during the night hours, I can hear them loud and clear.
Clear Channel Communications owns this station and is the largest owner of high power AM and FM radio stations in the United States. A few years ago, they owned 1200 stations, and in addition to these, they now own and operate 12 satellite radio (XM radio) channels.
That troubles me.
The framers of our constitution saw great dangers, when power was concentrated in the hands of a few powerful people, and went to great lengths to establish a system of checks and balances to guard against monopolies in our capitalistic economy and our legislative process.
Critics claim large radio corporations like this one have abused their market position.
When I hear these super stations, I hear a constant barrage of the same programming. It’s “coast to coast” on the AM radio band every night. Sort of like the same song played over and over on a broken record player.
As some would say, the same shtick, on a different station, but still the same old shtick.
I’m not picking on this station. It’s just one of many with the same programming every night. I’m picking on the system that allows this kind of mundane programming. I find little variety and little opposing opinion. It’s no wonder that some broadcasters are desperately trying to create a different format.
If you haven’t read the current issue of “Monitoring Times”, you’re missing a great article about “Pirate Radio” written by Ken Reitz (KS4ZR). It’s a brilliant piece of writing.
Pirate radios broadcasters all have one thing in common.
They believe in “freedom of speech”. They also believe that “freedom of speech” is denied when the limited number of frequencies on the AM, FM (and the shortwave bands) are owned and operated by the same company.
As the problems of monopolistic owners become a greater problem every year, I can see more of these stations appearing on the bands.
The FCC is really going to have their hands full trying to control them.
Posted by Jspiker at 10:51 AM

"The FCC is really going to have their hands full trying to control them."

Control them?! The FCC has enabled this to happen.

John, I posted my response on my page before viewing yours.

But deregulation is good! Our founding fathers wanted unbridled capitalism and no regulations so we could listen to the same programs on all radio stations, have lead in our toys, and oil on our beaches! Corporations know what's best for you, not the government! I've read the Constitution and have had seances to communicate with the founding fathers and they agree with me!

"You see, wire telegraph is a kind of a very, very long cat. You pull his tail in New York and his head is meowing in Los Angeles. Do you understand this? And radio operates exactly the same way: you send signals here, they receive them there. The only difference is that there is no cat."
By Albert Einstein