DX on 40 Meters with an Indoor Isotron Antenna

Due to a busy personal schedule, I've sparsely been on the air for a few days; but I still continue to work a few DX stations. Early this morning, I found this VERY satisfying QSO with a station near Munich Germany. 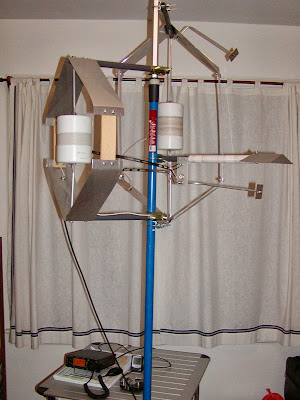 I've been hearing a few nightly DX stations, on the lower end of the General class portion of the 40 meter band, but never thought I could work one. I was very surprised when I called DJ6ZM on 7026 MHz with 5 watts from my indoor mounted Isotron antenna - and he answered with a "question mark".  (IMI)

After re-directing his beam, and me repeating my call sign a few times, he could hear me clearly, and responded with a 449 report! He lives about 15 KM from the headquarters of BMW motor company. 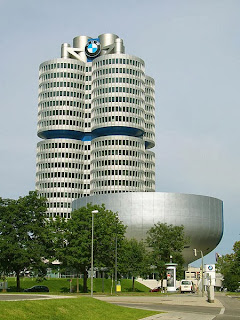 I've worked Germany 41 times now. Fifteen of them have been this year, but this is my first German contact on  40 meters. As most of my readers know, I live in a restricted antenna area near the state capitol in Charleston and use stealth antennas.

My 40 meter antenna has often been called "the bird house" because...let's face it, I've seen bird houses about this size.  Hihi

My 40 meter Isotron antenna is the one with the "small coil" on the left side of the painters pole.

This morning, on 30 meters,  I also worked EA3NT for the "third" time and he responded with "nice to hear you again". This makes my 37th contact into Spain. 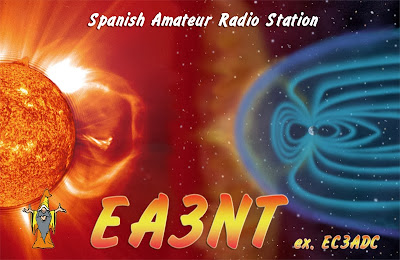 I'm also very proud of a nice contact, on the 29th of September, with UX1AA in the Ukraine ! This was a great signal on the 17 meter band. In addition to a nice card displayed on QRZ.com 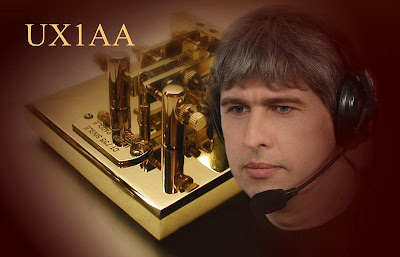 He sent me this one via E-QSL: 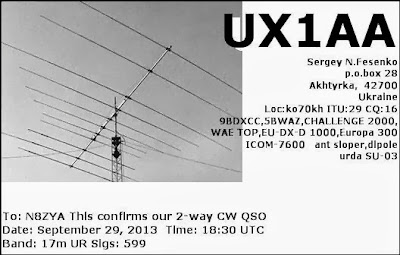 The Ukraine log book now has ten contacts listed on it's pages.
Posted by Jspiker at 7:35 AM

This one is in the same category as RD3A in Moscow. He was also on 40 meters when I worked him with this same antenna.

Good morning John, I hope your back is feeling better these days? Very nice post with the Isotron antenna with our move into a condo I am looking to see what antenna is going to do the trick for me. It seems this baby really works well for you.
Mike

I've worked hundreds and hundreds of stations with this antenna.

Hope your new location is a lot less stressful for you and your wife. It should give you more "radio time".

The back is "touch and go" but I'm functioning reasonable well. Not looking forward to the winter months again. hihi

I'll be listening more on 40 meters this winter! I didn't expect this one.