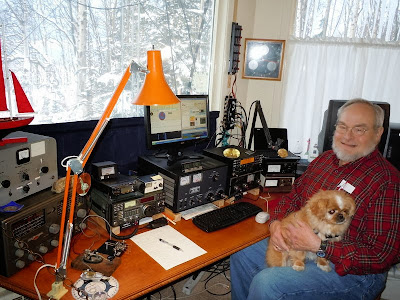 It's unusual for me to work a station in Alaska, so I've been very happy to make a contact with KL7QZ in Anchorage, on the 12 meter band and at a distance of 3,242 miles @ 3 watts, makes this contact even better.....

I've only worked a station in Alaska twice in all the years I've been on the radio and I had a great copy (599) on him. He was hearing me at the 339 level but we completed a QSO.

In Alaska they were experiencing a real "heat wave" with the temp being -3 (C) and going down to -10 (C) tonight.

Propagation was terrible according to all the usual forecasts, but I still worked KW7D in New Mexico and I also found HC2IMP in Ecuador (again) on the 10 meter band. 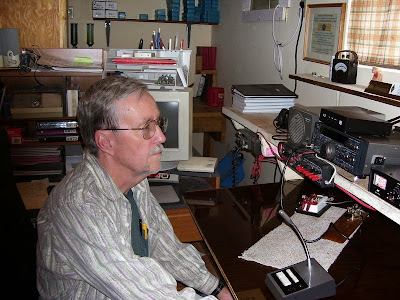 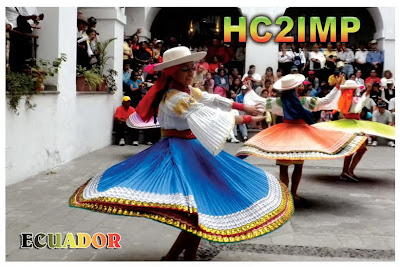 I was pleasantly surprised to hear a "nice crisp chirp" from him this time. If you remember a post from our WV Chapter outing from Hurricane WV, on the first of November, I was hearing a real "growler" at that time.

I've not worked a lot of long distance stations the last few months because I'm focusing my energy on the new club; so it was enjoyable to work these unusual stations although they're not very distant.

I've actually enjoyed the QRP contacts even more than in the past.

They're much more personal than the "handshakes" for DX contacts. Yesterday, after completing a QSO with a QRP station on 30 meters, I was contacted by WV4TN in Knoxville TN. Wayne had many friends living here in Charleston, so knew exactly where I lived, and asked me to say hello to Dave Ellis (WA8WV).

Dave is the guy with a "very nice beam" who offered it's use to me for some of my QRP contacts when we met at the Parkersburg Hamfest. I was happy to talk to Dave by phone and say hello to him from his friend in Knoxville. 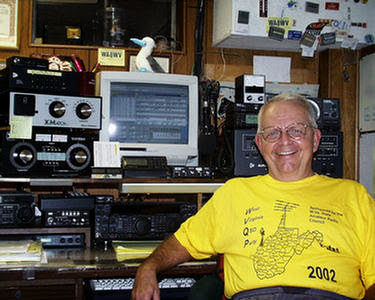 I'm working a lot more stations this year, since 2010, when I first started keeping track of all my contacts.

Not surprisingly, I've worked 413 NAQCC members now out of a total of 462 QRP QSO's.

I might not be working as many DX stations as previously, but with 667 in the log book and 90 countries, I'm OK with those numbers. I'm liking those nice QRP QSO's very much and they're equal to all the handshakes I've made the last few years.

Good evening John, very nice contacts and as for Alaska I have really only made that contact during contests. Nice to hear you have been spending time with the club biz. We are moving this weekend so there has not be much time for radio this past month as we get ready.
Mike