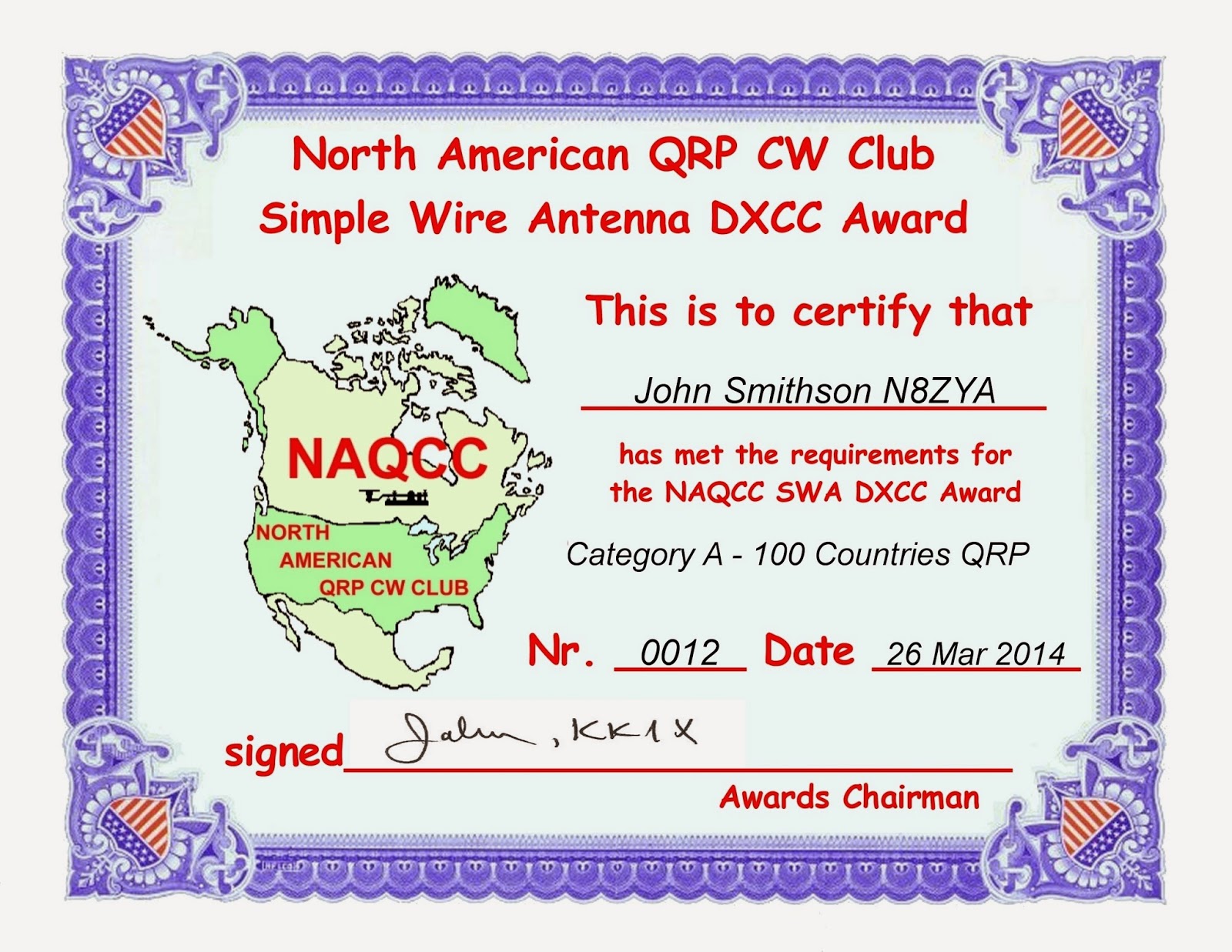 It's taken a while, but when I finished tallying up my countries, there were 102 countries in the DXCC logbook a few nights ago. I had just sent in my WAS (worked all 50 states) data in February, and received my certificate for that award, just a few weeks ago. 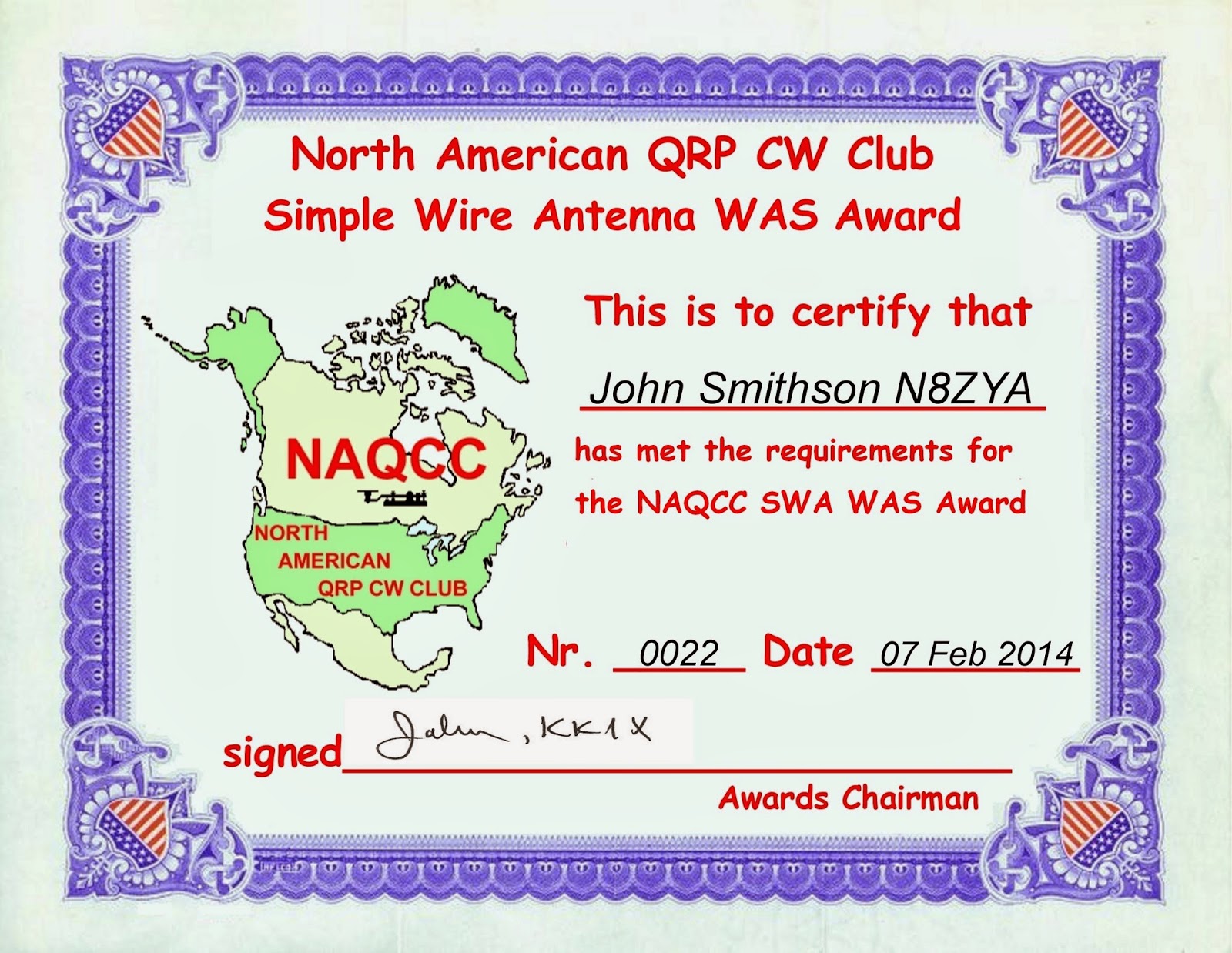 It's taken me about three years to achieve both these awards, with never more than 5 watts of power, and indoor "stealth" antennas. My immediate neighbors still don't know I'm a ham radio operator, and since I live in a historic area, where outside antennas are prohibited, I consider that a good thing. lol 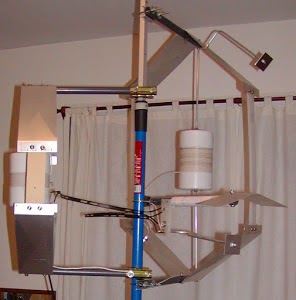 I worked nearly all of my WAS contacts (48) with my Isotron antennas on either 40 meters or 20 meters. Alaska and Hawaii were my two most difficult states; I worked those with a 50 ft length of "Radio Shack" speaker wire which I strung around the perimeter of a spare room in the house. The wire runs from my tuner, across the windows, which have wooden curtain rods, across the hallway, over the top of an "open" wooden door, and is tied off the the "downstairs" wooden stair railing. It's a tough way to do it, and it's a true "random wire", but I've enjoyed every minute of the challenge it took to work those 102 countries.

How did I work DXCC (100 different countries) with such simple antennas, and such a simple station? I attribute my DXCC award to two specific things. Number one was the ability to get my code speed into the 20+ wpm range. Number two was being able to string that "random wire antenna" which allowed me to use "all bands" through my small tuner. 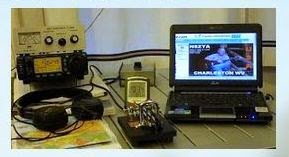 The process accelerated a little before September of 2012 when I started using "dedicated band dipoles" for my DX contacts. My indoor "upstairs" space is very limited but I'm able to stretch out a dipole for 10 meters and 15 meters. Those two dipoles barely hang between the wooden curtain rod, on one side of the house, and the bathroom window sill, on the opposite side of the house. This picture below shows my "end fed" 10 meter antenna. The 15 meter dipole antenna requires an "open door" and an extended length to the bathroom window frame. 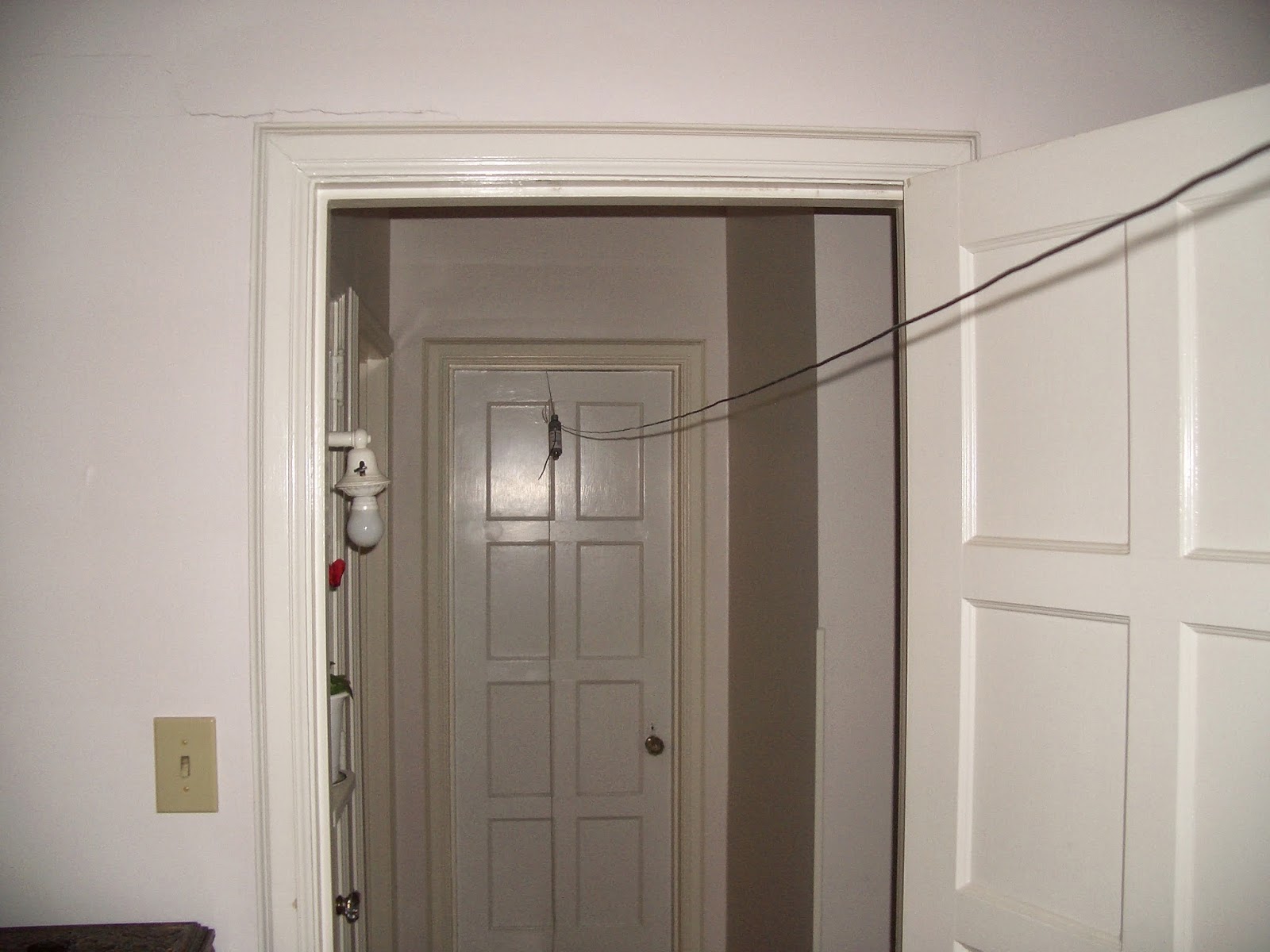 Those two antennas work well on those bands (even indoors) but the 50 foot random wire, which allows me easy access to the 17, 12, and especially the 30 meter band, were the true deciding factors in my DXCC award.

What are my immediate goals now?

There's DXCC on a "single" band, working the "capitol cities" of every country and state, or perhaps working DXCC with "outside antennas" while operating in the field. I'm not sure what it will be now that I have the QRP DXCC award but I'm sure something will soon grab my attention.

The North American QRP CW Club has always been my favorite organization. I hope my addition of the NAQCC DXCC QRP Award will be an inspiration to those of our members who think working over a 100 different countries with five watts, or less, of power and "simple wire antennas" is impossible.

Those 17, 12, and 30 meter contacts were actually done with about 3 watts of power. Never say the word "never" when I comes to QRP. I've been an optimist when it comes to my QRP operations. I'm looking forward to the next challenge, whatever it might be.

Congratulations, John! I haven't applied for the NAQCC version. I'll have to do that. I did apply and receive the ARRL's QRP DXCC award, and I want to apply for the QRP-ARCI's version. I have their "Worked All 50" award as well as their "1,000 Miles Per Watt" award. QRP-ARCI is also a very good organization.

Sincere congratulations, John. Very well done. And without a KW or tower.
73
Dick

Hello John, a amazing accomplishment. With indoor antennas and QRP. And in a relative short time. Now....go for the next 100 ;-) 73, Bas

I'm proud of it too.
Simplicity at it's best.

Good job John, really amazing. How did you get the qrz log on your blog? Very nice. 73 Paul

Good morning John, very well done and not with just the run of the mill antennas! Nice awards to show off and be very proud of.
Have a great weekend.
Mike

Thanks for the comments. TheQRZ logbook on my blog is simply copying, and pasting the HTML code from their website.

Outstanding, John! Like I've mentioned before, you, along with a few others, have inspired me! What an accomplishment! I'm also chasing that QRP DXCC and I have a ways to go but I do see the light at the end of the tunnel. Great seeing the video of your set-up, too. I'll be looking forward to reading about your next milestones, 125, 150, 175, 200... Thanks for all you do to promote QRP as well! 73, Phil

Thanks for those kind comments, and I might add, words of encouragement. It's been a "fun" journey, among all else, and I'll be working on another goal now. Words like yours encourage me to always look for the next level in this great hobby. You, and all my other blog readers keep me on the right path.

Achieving my DXCC certificate has certainty been a milestone for me. I have little doubt this award is possible for every QRP operator able to get on those "long distance bands" (10-12-15-17-and 30).

I have a friend (K3WWP) who has worked well over a year of consecutive (daily) DX with a 110 ft length of random wire and a good tuner. Yes...he's at 5 watts QRP.

I only wish that I had the room for another 50 ft of wire here at home. Hihi Those antenna restrictions are bothersome but, strangely, add to the joy of acquiring the award.

Hello John, Congrats on the beautiful Awards. It's an inspiring accomplishment.
You did a great job with QRP and indoor antenna's.
Thank you for the interesting info on the indoor stealth antenna's. 73, Bert

Thank you. Perhaps my next goal with be QRPp? You 'da man.

I'm always amazed at your contacts with less than one watt.