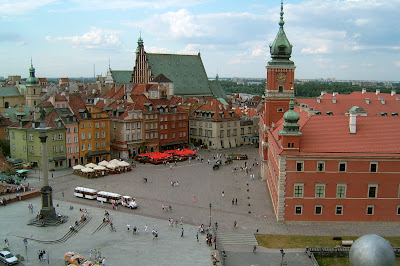 I've been busy with some inside house painting this afternoon. I finished early and tuned into twenty meters but didn't hear a lot. I worked another QRP station in Vermont with an unusual call sign. I had to listen carefully as he sent KX9X/1 from Vermont.

It's always nice to work another QRP station.

Then I had a short QSO with W5ZR in St Martinville Louisiana. We exchanged SKCC numbers.

It was right after that I noticed some of the "big boys" knocking out stations "fast as a jack rabbit can run". They were sending VERY fast.   Hihi

Two of the stations I worked this evening were causing large "pile ups"  but I was hearing them clearly and despite the "blistering" speed they were sending, I was able to work them.

It took me several times before SP5S, (in Poland)  returned my call, but he returned my call clearly (along with some more stuff that I couldn't copy). I still wonder how he heard me. I sent back 559 WV and John and he was off to the next station.

I was just recovering from the first exchange when, a few moments later, I heard a "blistering fast" station from Italy.   (IK2CIO) 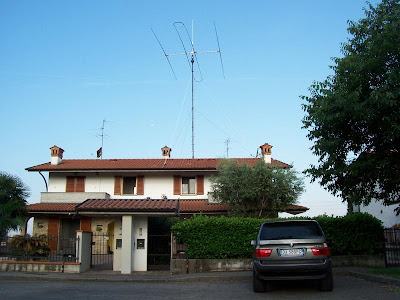 He was sending so fast that it took me (literally) a good 5 minutes before I was sure that I the call correct.  When he answered my call, It was all I could do to respond fast enough not to embarrass myself. My gut feeling says he was at about 35 wpm. This contact was a real challenge but well worth the effort.

It was a welcome relief when I heard OK3AA sending at a slower pace which I could follow easily. Milan was in the Czech Republic and we actually took a minute to say hello. He asked me how much power I was running when I sent my /QRP on the end of my call. I responded with 5 watts and an indoor antenna. Hihi He also got a chuckle out of it. Milan was just 3 miles short of another 5,000 mile contact for me. (should have been at 4 watts. hihi) 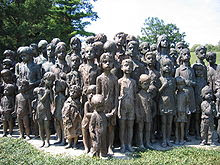 That's three more DX stations this afternoon.
I'm glad I finished my painting. (I primed a window and will put the finishing coat on tomorrow) We had a tremendous storm this evening. It brought down some of the neighbors tree limbs on our property. No real damage, but I removed a small branch from the cable TV wire. I was afraid it would break the wire as it blew in the wind.

I might have worked a few more DX stations (if I had the perseverance) but I'm quite happy with these. The band was in very good shape again.
Posted by Jspiker at 5:34 PM

From The Netherlands (PA) to Canada or the USA I always use less than 5 watts, unless I choose too. Then every QSO is a 1000 MPW QSO.

How do you calculate "Miles per Watt" ?
I use the "N9SSA Distance and MPW Calculator" Verson 1.2
73, Bert PA1B

I normally use the distance calculated from the QRZ.com site. There's also one from the ARCI site (which I recently joined)....still have to get into the habit of 4 watts when working DX. Hihi

Hello John,
As a double check I always compare the locator and the address that I find.
I do this with Google Maps and the FB Find your QTH Locator site of Laurent Haas F6FVY.

Set your Locator as start point for the distance. By clicking on any point you can see the distance immediately. hi
I use the site to find the distance to any DX country.