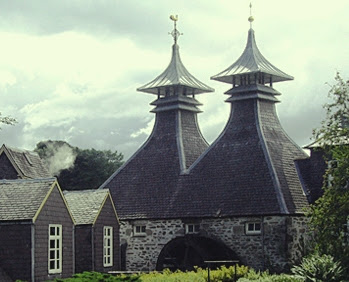 I imagine these boys (and gals) are having a grand 'ol time at the "Spirit of Speyside Whiskey Festival" in Scotland?

I would be, if I were there. Hihi

Early this afternoon I heard a very weak GB4SWF calling with the "Moray Firth Amateur Radio Society". It took me several attempts to hear the call correctly. I had trouble hearing the 'WF' and Bill had problems hearing my call. (correct at first but at last was N8ZYI).

I don't know how much he copied (after sending my RST and his QTH and his name) since the band changed suddenly, and he vanished into thin air. I sent an e-mail with the hopes of confirmation. The band is really crummy today. All the DX I'm hearing is there only for a brief moment.

Yesterday evening I heard HA8KW (in Hungary) several times but couldn't work him.

This is going to be my last entry for several days. I'm off to the Outer Banks of North Carolina. I won't be taking the radio this year since there's not a lot of extra room in the new vehicle. Not complaining tho....we get almost 60 miles to the gallon on a nice flat trip like this. Around 37 mpg in town.

Great qrp coverage John. Its been fun following along. You are making me want to get on the air. I'm going to have to find the time.

73 Drive careful and enjoy the trip!