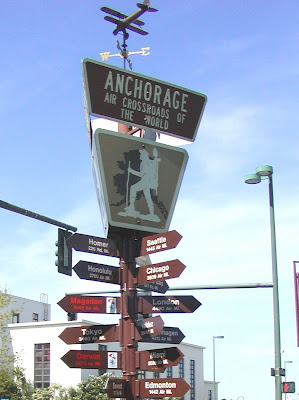 I'm pleased with my QRP contacts this year. Despite the many people that discouraged me with comments like "you won't make many contacts" and "they send so fast you'll never be able to copy them", I've found QRP to be the only mode I'll probably ever use in this hobby. Since retirement, I've made over 500 contacts from my "simple station" located near the State Capitol building here in West Virginia.
Considering my elevation of about 640 ft, with two small hills (400 ft) on each side of me, and an "eleven story apartment building" next door, I haven't found any of the above "moaning and groaning" disclaimers to have any truth in them. I also operate with the disadvantage of using an "indoor antenna" because of "historical regulations" in this area.
There are times when I'm not on the air for weeks and I don't work a lot of "contest stations" but I worked 254 new stations last year (of which 147 were fellow QRP operators) and increased my DX contacts by 14 countries. I also earned my "1000 mile per watt" award.
I worked my first DX station (Rome Italy) on 40 meters this year. (that says a lot about recent propagation). Most of last years contacts were with a solar flux in the upper 60's and mid 70's.
My DX contacts last year were: Italy, France (2), Bulgaria, Portugal, Luxembourg, Germany (3), Czech Republic, Austria, Southern Ukraine, Belgium, and the Baleric Islands (off the eastern coast of Spain). I worked 6 different islands, 5 lighthouses and 9 club stations.
I'm not into "statistics" and I'm sure some QRO stations (with big ears) work this many stations in a week, but they don't have any more "fun" than I do with my QRP station. Despite the DX contacts last year, I still get the same "bang" out of working every station and sending my QRP suffix with my call sign.
There's STILL nothing like making a 2 X QRP contact with another station and I get the most excitement from these contacts. I worked a QRP station this year "coast to coast" in Canada.
I'm looking forward to the upcoming year and more QRP contacts and have developed friendships with several European Hams. I feel like we're all part of a big family on this small "big blue marble" in the universe. Radio has enlightened my view on life and has made me more conscious of "having much more in common than we have differences" with all people in the world.
Posted by Jspiker at 10:41 AM

Hello John, My friend M0BHJ and I were discussing QRP operations last night and couldn't agree with you more about how much us QRPers really treasure and enjoy our contacts. I likened having a big antenna and QRO to have a large bank account: it might be easier and quite nice, but you don't appreciate the purchases half as much as when you have less to spend in the first place!

I think I shall stay QRP even if I do decide to go onto my 50W licence this year.

I too have valued the many new radio amateurs I have gotten to know, especially through blogging, but also through the radio.

73 and a very happy new year from England. Adam

Hi John, best wishes for 2010. Yes, I also had a lot of fun with my QRP contacts. Though I have a QRO set now, I still keep the power below 10 watt output. I bought the FT450 for its DSP and good CW filter and nice price. Things I missed with the FT817. 73 Paul

Hi John, QRP is much more rewarding. It's a thrill to make a QSO with only 5W and a indoor antenna. At the moment I work QRO with a big 84m loop. But there were other times in the past I had no possebilities for a antenna and no more power then 10W. So, I know what it is like. Happy New Year, 73, Bas