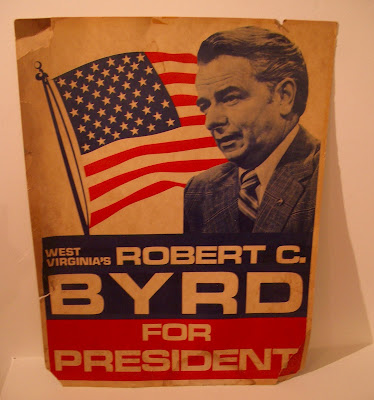 Anyone who reads this blog, even casually, knows that I'm a born and bred West Virginian. So it shouldn't surprise anyone that I think the late Senator Robert C Byrd could "walk on water" if he choose to do so. I absolutely loved this man, and his passing this year was a blow to the entire nation. He is the end of an "era" and there will never be another like him. 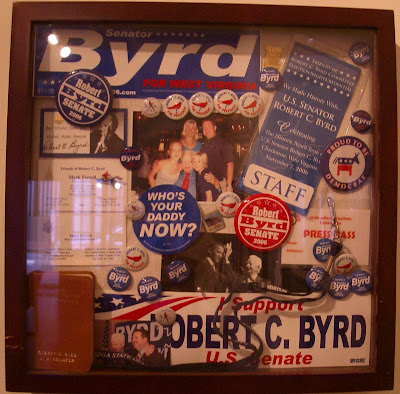 Forgive me, if this entry is more "politics" than radio. (it isn't radio related at all)
But today is "Constitution Day". It was establish and passed by congress in 2004.
(I'm sure you all knew that).
In my opinion, the Constitution has taken quite a battering these last few decades. Everyone loves it, as long as it fit's their corporate needs. If it doesn't, there's a Supreme Court justice that will re-affirm they're views for them. Personally, I feel our government is no longer responsive to the electorate. The important thing seems to be the will of lobbyist for special interest groups.
This, and partisan party bickering, is destroying this nation.
Senator Byrd was the champion of the Constitution and was a deeply religious man. He was always known for carrying a copy of the Constitution in his pocket. He could quote the Constitution and most of the Bible from memory. And I don't think there has ever been another legislator who earned their law degree attending college at night, after long hours in Congress.
He was a brilliant man.
There was a ceremony today at the Madison County Courthouse. (probably won't make the evening news). There's also a ceremony at the Federal Courthouse in downtown Charleston today.
Forgive me for the rant but today IS the day to focus on the Constitution. Since the former Senator Byrd was the champion in this instrument, I thought they both deserved a word or two. Picture's used with permission of "Good News Mountaineer Garage". (www.goodnewsmountaineergarage.com)
Posted by Jspiker at 7:37 AM