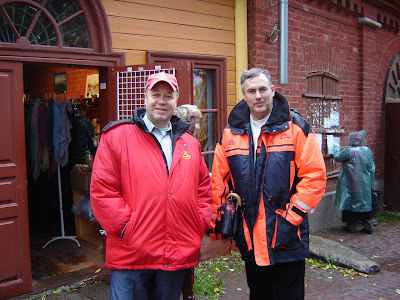 The contact this afternoon brought back a lot of memories for me. This was a difficult contact but, after several attempts,  Max (RA1AL) in Saint Petersburg Russia, pulled me out of the noise.

Several years ago, my wife and I cruised down the Volga River from Moscow to Saint Petersburg. While in Moscow, we spent a couple of nights in a hospital. For both of us, it was an "eye opener" as far as health care is concerned. I have to honest about this and give credit where credit is due. I don't want to get into details but.... those in this country who believe we have the best medicine in the world are kidding themselves. We received better medical care at the hospital in Moscow than I've ever had in this country. And it was much less expensive.

We cruised into Saint Petersburg in an air foil like this one: 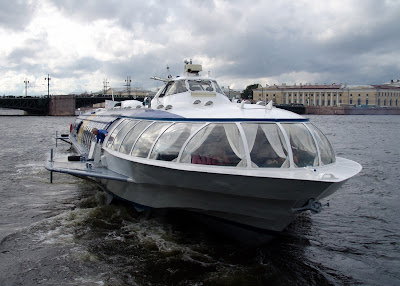 The trip to Russia was very interesting. It's citizens have lived a very difficult life and overcome some major political and economic problems. I'm glad to see their lives are improving now. The Russians have an interesting custom when they marry. They attach a padlock to bridges over the local canals. The bride and groom both have keys to the lock. If life continues to be good for both of them, the lock stays. 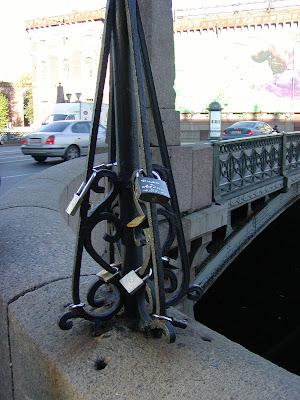 If you pass the bridge on your walk home from work, and the lock is gone, expect your bags to be on the porch. 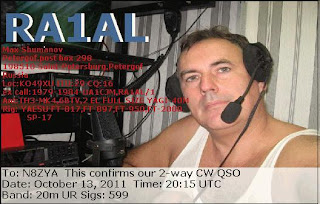 So much for the "dear John" letter in Russia eh!