The Czech Republic and the Netherlands---Portable From the Field 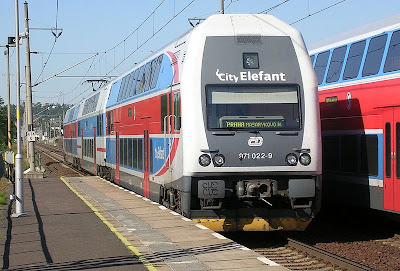 As expected, I made a couple of nice contacts today when I drove out of the valley and into the mountains with my QRP rig, a good battery and several antennas in the trunk. The Hawks Nest State Park is about an hours drive from home and as an additional pleasure, my 91 year old father came along for the ride.

I was able to get the G5RV antenna into the air with just a couple of quick shots from my slingshot and then I was "on the air". The last time I used this antenna was on a "beach trip" to the outer banks of North Carolina which was several years ago. I've had it a long time and bought it because its a "multi band" antenna.

I had trouble with it today. It wouldn't tune up properly and my standing wave was terrible on a several bands. At best, I could put 3 watts into it without having severe problems. Today might be the last time I use this antenna. I think the problem is "cheap wire". It's very brittle, difficult to work with and difficult to erect without "pinching" the wire. I think there's a "break" somewhere and will have to look closely at it later this week.

My first good contact was with Wolfgang (OK1IWS) in the Czech Republic. There's a picture above of their rail system. Sure wish we had something like that here in West Virginia. About an hour later, I worked Ton PA1CC in Tilburg, the Netherlands. 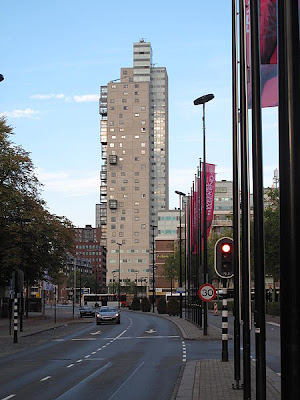 I hate the stiff difficult wire that's used in my G5RV antenna. I probably will not take it along on the next field outing. I've learned something today. For me, it's best to stay with a dedicated band antenna. I was happy to be outside operating today. I could have worked many US stations today but searched for the good DX catches. Although I've worked the Czech Republic several times earlier, today was only the second time I've worked the Netherlands.

My father enjoyed sitting in the sunshine and listening to the obvious Spanish, French, German, and even  Australian accents. He finds it fascinating that I can carry on a conversation with many of these people with 10 watts of power, sitting in a park, using a car battery, and using such a small radio.

I'll always take my PAR antenna along on future trips but will use a dedicated dipole for 30 and 15 meters.
Posted by Jspiker at 4:37 PM

Hello John, nice contacts especially the one with the Netherlands of course. Well I can imagine your father finds it interesting. My dad does like it to, but not so that he wants to try it himself. Anyway, I had a G5RV too but it's just like you wrote the wire is too sturdy, I didn't have good results with it either and sold it. The 3 band PAR endfed seems to be excellent for field operating. 73, Bas

Hello John, Thanks for the great outdoor story. I enjoyed it. I often use an end fed ant of 20 mtrs and a homebrew tuner on holiday. 73, Bert