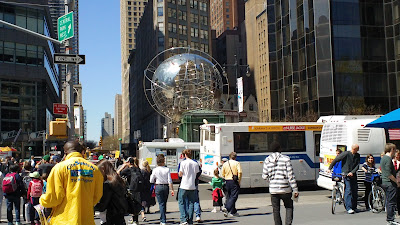 As many people say: New York City is one of the most fascinating places in the world. Every time I visit it, I find something new and interesting. On this trip, I enjoyed the “people” who live, work, and play there.

I talk to many people, on the 40 meter band, who live in the New York City area. Whenever I take the train into Grand Central Station, I pass KB2DHG who lives in Yonkers and operates from a condo on the Hudson River. Another interesting contact is K2GTC who drops a random wire from a sixth floor window in Manhattan.


I was able to spend more time than usual this trip in two of my favorite places; which are Bryant Park and Central Park. I could just “camp out” in either of these places. I find the people there just exhilarating.

Most people think of NYC as a congested place with snarling traffic and thousands of people hustling and bustling with activity. It is...but there are also "relaxed places" with plenty of open space. I shot these pictures in Central Park: 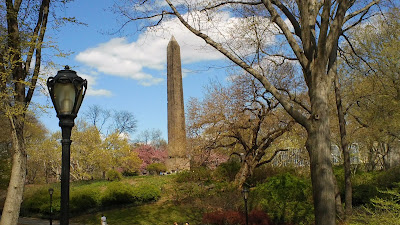 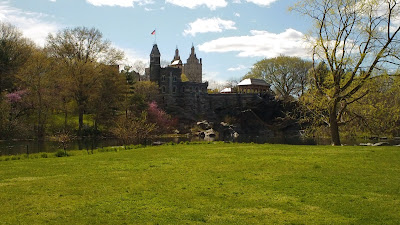 Although I didn't bicycle this time, I found these people having a fantastic ride. I was ecstatic to see "bike rentals" doing a BIG business on this trip! NYC is starting a new rental bike business which I look forward to seeing developed. It's much like those in Europe where a bike can be rented and dropped off in different places.

Much to my amusement, I thought this biker was making a "statement". 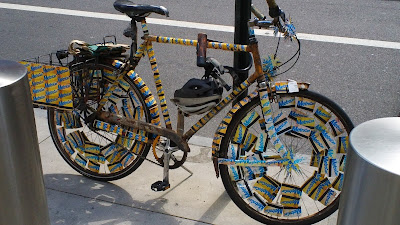 Flying from Charleston, to NYC, is a "breeze" now with a direct flight of only an hour and 10 minutes. We take a transit bus from the airport to Grand Central Railroad Station. A short walk from there to Times Square takes us past Bryant Park which is my favorite place in town. We take three changes of clothes, in a day pack, along with a few basic provisions for the entire trip.
We watched this game being played there:
I've only seen it played in one other place while in Germany. I don't understand the rules but they seemed very serious about it. It looked like fun.
Marilyn and I watched these guys playing a quick game of "ping pong". The game was "free" with paddles, ping pong balls, table and net. The players rotated every 10 minutes to allow everyone to play.
Personally, I think anyone who drives a car in NYC is crazy. Although gasoline was only $4.15 a gallon, parking a car here is outrageous: 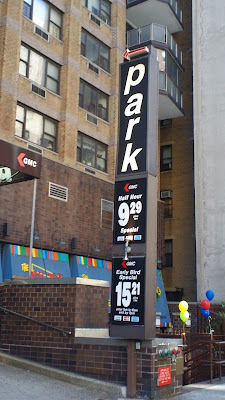 It's simply not practical to drive "cars". The subway is the way to move around town and it's quick and cheap. The "music" is always interesting in the subway also. You can listen to just about anything here during rush hour. There's everything from South American flutes to Japanese stringed instruments.
Traveling "light" doesn't allow a dual band handi-talkie, but I took along my trusty Yeasu VR-120. It's a general coverage (very small and light) receiver which allows me to hear everything from the AM-FM radio band, to aircraft, shortwave broadcasters, VHF-UHF hams, FRS radios, CB, and marine traffic. I'm just too busy to listen to much but it was nice to have along.
Posted by Jspiker at 1:46 PM

that play with balls on the ground, we call it Jeu de Boules

I've been there too in NYC and Central Park. I like NY very much. Hope to be there another time again.

Thanks for the link to the ball game.

My wife and I have learned to travel very light when we visit there. We always have a fun time.

Usually three or four times a year but quit driving the car. hihi

Glad you had a fun time. I lived in NYC for some years. Worked in a small advertising agency. Graduated from Fordham University. Started in their Bronx campus, finished at Lincoln Center. My favorite area is The Cloisters in very upper Manhattan. Wonderful collection of Medieval art.

We spent time at the Metropolitan Museum of Art on this trip, but I have "back" problems when I spend too much time on those hard stone floors.

I spend time wandering around the parks these days because I feel so much better when I move around. I hope to do some bike riding on the next trip.

I find NY'ers to be very friendly and helpful to new people in the city.

Good morning John, we don't live to far from NYC but have never been there. We have heard so much about the city and do plan to make out way down there sometime soon. Great shots and video as well.

We saw the musical "Godspell" and the "Dead Sea Scrolls" on this trip. The art and history museums are fantastic.

Just "kicking around" is also a lot of fun, and a favorite pastime for me. The town never sleeps....

I love the music that seems to be everywhere. It's great fun!