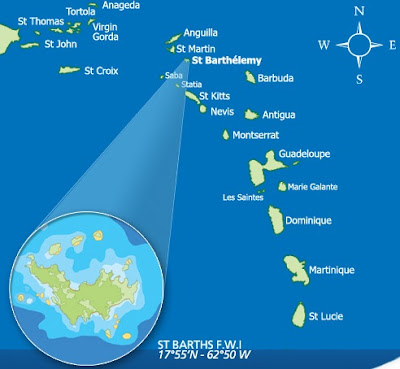 I never expected 10 meters to be "open" in the early evening. Also surprising, the signals were heading South for much longer distances than the normal Caribbean areas. Usually, if the band is open at all, I'll hear Puerto Rico and Cuba, but last night I made a 5,000 mile contact into San Carlos, Argentina. (LU2FIA)

Argentina is a new DX entity for me. I also made another contact with an event station on St. Barthelemy Island. (TO3X) and before the evening passed, I also worked PU1KGG in Rio De Janeiro, Brazil.

Another Charleston station (KD8EDN) and I were both trying to work another Brazilian station (PY2HT) but that station apparently had his beam pointed towards the mid-west of the US.

I still hear VERY little CW activity on the 10 meter band. Last night, I heard a lone US station.

Afterwards, I caught a few of the "local" guys on the club repeater, and since I had the 10 meter antenna already up, (it takes less than 5 minutes to install) I practiced CW with one of them.

This was actually the "highlight" of the evening.

Kurt (KC8WRU) is fairly new to the hobby and eager to learn CW. I think last night was the first time he's attempted to send CW over the air.

I felt privileged to be the mentor for this event.

I dusted off the old Brunnell "civil war" key which was given to me by an anonymous ham several years ago. Kurt was using a similar key, made by the same company, on Long Island NY. 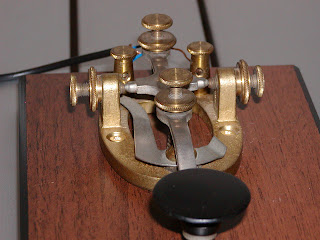 I can remember those early days when I started my CW training and the excitement of working another CW station in Palmer Lake Colorado. Kurt did a great job copying my slow code. He also sent very well. This is going to be lots of fun. We expect to continue again this evening on the same 10 meter frequency.

Kurt was just ecstatic about this short CW QSO on 10 meters!
Posted by Jspiker at 10:45 AM

Really great QRP contact into Argentina, John. Great on any band. I hope to be able to work more Central and South American stations from my USA QTH when I return. My Buddistick out the window should favor that direction.

Looking forward to your return soon.

Hi John, congrats with your new DXCC, well done. 10 meter can always be surprising. Just when you do not expect. God job to learn CW for new hams, cw forever. We have to pass on the code. 73 Paul

Good morning John, very good contact to South America. There is the CQMM contest this weekend and will host more of South America to add to the DXCC count.

Dropping the code requirement here in the US was very controversial at the time. But I think the new guys on the air now realize how valuable this mode of operation can be in the hobby. As strange as it sounds, code is actually growing now. hihi

I was very surprised to hear this station. Since I've worked just about all the eastern European countries as far west into Bulgaria, going south is about all I have left towards DXCC. I'll be listening this weekend for South America...