My Favorite June Contacts on 40 Meters

During the month of June, I've made nearly 50 contacts, on, or near, the 40 meter QRP frequency of 7040 MHz. It's always been my favorite haunt, but this month, I've devoted an extra effort to complete my NAQCC award for making QRP contacts eligible for the "500" two way QRP award. I'm VERY close now!

For myself, I can't get more satisfaction in this hobby, than working a portable QRP station using a "simple wire antenna". This month, 28 of those contacts have been NAQCC members, and nearly all of those have been using 5 watts or less of power.

I've worked some interesting stations this month. On June 6th, I worked NY4G in Greenville, SC. Ariel has worked 101 DX entities and 28 MPW contacts with his QRP station. Not surprising, 96 of those have been CW contacts. Ariel is NAQCC # 5308. You owe it to yourself to check out his blog from the link on the QRZ.com site.


On June 8th, I had a great QSO with K9WWT operating from a picnic table about a mile inland from Lake Michigan. You owe it to yourself to look at his BIO on QRZ.com. He lives near Chicago and had a long length of battery cable running from his car to power his station. He uses an "excellent" wire launcher to put his G5RV into the trees.  Hihi 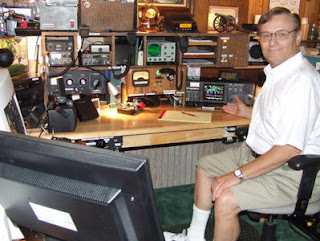 On June 11th, I worked West Virginia station WB1AAL in Morgantown. Jeff is a professional actor and a DJ for an internet streaming radio program which I enjoy VERY much! I added a link to "Bullseye Radio" on my internet radio feeds on this blog. You might see a familiar face if you bring up his BIO on QRZ.com. He is an ensemble member of the M T Pockets Theater Company and looking forward to directing his first play this fall. I sent his e-mail address to my good friend Jim Damron (N8TMW) who appeared in the Forest Gump movie. It's one of my all time favorites... 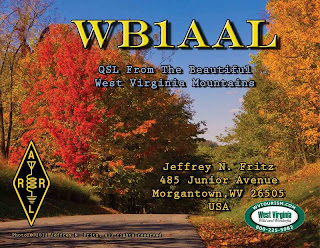 June 15th I worked KB4QQJ in Burlington NC who was using a "butter smooth" Navy Flameproof Key. Randy is NAQCC # 2086 . It's a great key and I'd love to have one myself. 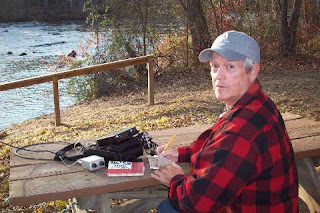 Last but not least, just yesterday (the 28th) I worked a very short contact in Brooklyn, New York. That being on of my favorite places in the world, I was overjoyed to hear KC2ICA operating from a picnic table in "Prospect Park". Dave was using a Hedricks PFR-3 QRP rig with a random wire over a tree limb and  putting out just 2 watts. I could hear him "clear as a bell".

Most people don't know it (me included before talking to Dave) but Samuel Morse is buried there! He sent me this picture and said the next time I walked across the Brooklyn Bridge, to call him and he would give me a personal tour. I never find a better group of people in the world than QRP operators..... 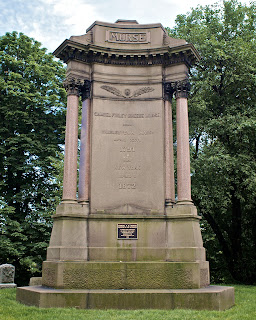 As I said earlier-- " I can't get more satisfaction in this hobby, than working a portable QRP station using a "simple wire antenna"; Dave says he does a lot of this since he lives in an apartment building with no roof access. On ocassion, he's known to place a whip on the end of a broomstick and work a few station at night time. That brings back a lot of memories for me too.

I've purposefully kept indoors for much of this month with temperatures hoovering around the mid to upper 90's (f). Today it was 102 (f) and we had severe thunderstorms this evening. There's tree's and power lines down everywhere. All the better reason to keep those batteries charged and ready for emergency communications.

Hi John, a very nice list. yes, 40 meter is my favourite band for rag chew qspo's and qrp. My favourite spot is 7.032 Mhz. I do have a few strong beacons from Russia I belief around and on 7.040 MHz. With autumn I put up a 40 m / 80 m dipole again. Now when cycle 24 is going down, hihger bands as 10 and 12 m will be useless in the coming years. It's really summer at your place. We had a wet June, a lot of rain and too cold for the time of year. Now it is up and down with better temperatures. 73 Paul

40 meters has always been a favorite band for me just because of long QSO's. Amazingly, I hear DX down on the lower portions too.

Living near the state capitol has advantages. The Governor is well taken care of, but unfortunately, the capitol grounds are a disaster.

I consider myself extremly fortunate with temperatures expected to be over 100 F again today. I hope and pray severe winds don't return this evening.

Nice rundown John. I've worked a few of the stations you listed. Congrats on nearing the 500 mark. That's quite an accomplishment.

I made a quick bike ride this morning to view the wind damage. It's devastating....360,000 in WV without power this morning.