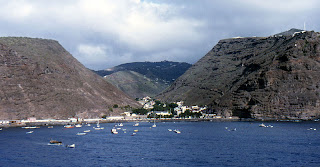 Saint Helena is a small island about half way between South America and Africa with a population of only about 4,000 people. It was the final resting place of Napoleon Bonaparte in 1821. 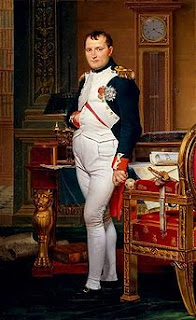 For the last several years "Radio St Helena" has made a "special" broadcast on just "ONE" day of the year. (Indeed a rare catch). I've logged it several times with a very modest portable receiver, so if you're living on the east coast of the United States, you should be able to hear them when the antenna is focused in our direction.
You can find all the details for the broadcast towards your part of the world from the above listed web site. They also have information about thier local FM station which has "live Internet streaming". I've downloaded the "plug in" and am listening to it now as I make this entry.
They will broadcast to the US between the hours of 2330z and 0100z. on November 14th, 2009.
That's only a few days from now!
They're broadcasting in SSB so set your rig accordingly and tune to 1109.5 MHz.
The above pictures are courtesy of "Wikipedia".
Posted by Jspiker at 5:48 PM