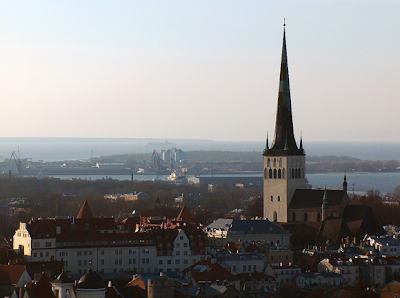 Today was a great day. I spent most of it  hiking in the woods along a ridge in Kanawha State Forest. I took the HT with me and talked with a few people. It was nice to hear them and especially nice to know someone would hear my call in case of an emergency. There's no cell phone coverage in this area.

But the real joy of the day was working # 58 towards the DXCC award. I found ES3AX on the 30 meter band, out there all alone, and not spotted on the cluster. The signal was weak but I was able to work him on the first attempt.

We actually exchanged names (his was August) and I said John and WV and QRP with 3 watts. August congratulated me on the accomplishment and suggested I use the bureau for a card. I felt good about the contact because Estonia is a new DX entity for me. He was also 4,539 miles from me, and another 1000 MPW contact. (I need to calculate that at 3 watts)

Looking over the log book, since I've switched to the 50 ft random wire, I find this contact to be my 16th DX contact on the 30 meter band. I've worked a total of 217 DX stations now. Today brings my total "1000 MPW" contacts to number 33. Dropping down to three watts has been an eye opener for me.

Late last night I was able to work HA3FTA in Hungary.

I doubt I'll ever work 100 entities with my simple station; but I'm an optimist and don't say it's impossible. One thing I know for certain is that no one could have more fun with a QRP station. (although I can think of several who have just as equal fun hihi)

Perhaps someone could be so kind as allow me the use of a good beam for a few days?

Good morning John, great numbers on the 1000 miles per watt achievement. It also feels good to get another DXCC in the books as well.
Mike

I spend a lot of time watching the cluster these days, but unfortunately, there's usually a BIG pile up for those rare stations. I've learned to be patient. I think they're both good and bad....

I also spend time every evening listening for a weak DX station (out in the open and clear). I've found that I can work them just about all the time. hihi

Thanks and I will always be listening for you on the bands.