The Slovak Republic and Mexico 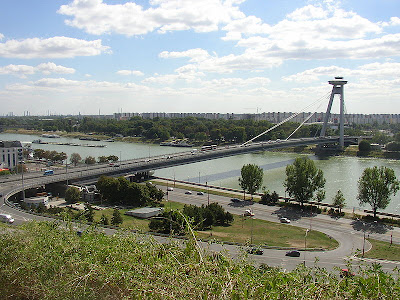 In addition to the Russian and French stations which I worked yesterday morning, the evening hours brought me two more DX stations. Vlado (OM7CA) was in the Slovak Republic and sounded like a local station. That's a real interesting bridge in the above photo which is in this country. There were hundreds of stations hoping for the contact, but after a dozen or so attempts, I was lucky to be at the right frequency at the right time. I felt really good about working him. 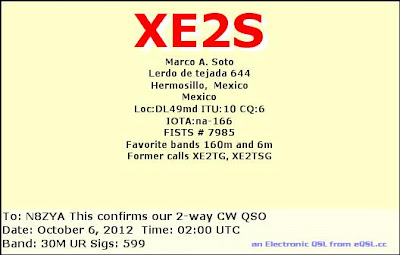 I also worked XE2S in Hermosillo, Mexico. There is a large FORD assembly plant here, and chances are if you own a Ford Fusion or a Lincoln automobile, it was assembled here. 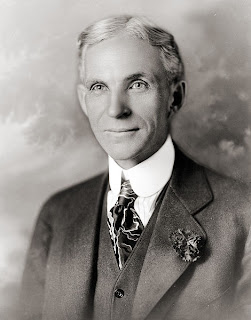 I'm a little confused about this station since I copied a distinct XE1S when I worked him. Apparently I missed a "dot". Something of which I occasionally do on a quick exchange....sometimes the 'ol ears and the brain get confused. The XE1S  location comes up along the coast of Africa. It's not likely to be correct since I had such a good copy on him. He congratulated me on the 3 watt contact and I'll wait for confirmation from another ham who worked him just before me and spotted him on the cluster. He only appeared once.....
Posted by Jspiker at 9:02 AM