Aircraft from the Ukraine 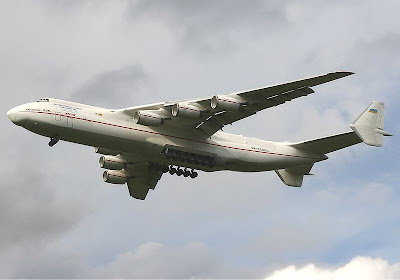 I love to read about the countries I work on the radio but sometimes the history of a country demands volumes of information in hundreds of different books.

This morning I worked a very weak station in the Ukraine (UY3QT)  not far from the 17 meter QRP frequency. It was a real challenge to pull out of the noise. After a brief Wikipedia read, I discovered this aircraft is a product of their country.

I've worked the Ukraine several times (5) but never realized this country builds the largest aircraft in the world. Being a believer in giving credit where credit is due; it's difficult to comprehend the size of this machine and its capabilities. It's a true giant. 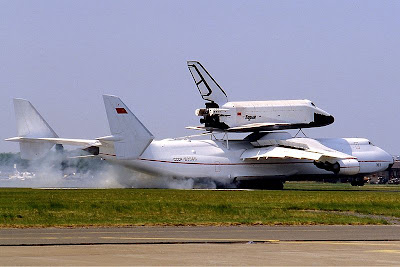 The Antonon-225 was originally built to carry this Russian Space Shuttle; but when the program was scuttled in the 90's, other uses were soon discovered. Today this aircraft is used to carry cargo all over the world. Even looking at these pictures, you just can't grasp it's size. 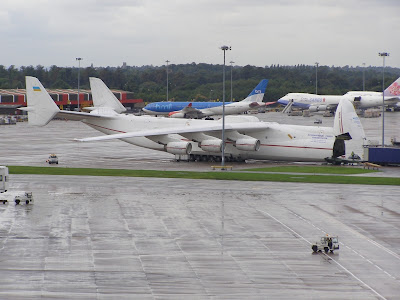