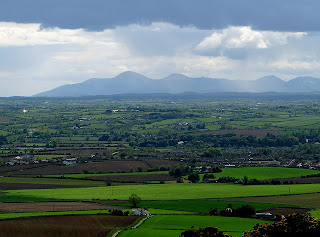 I worked a new DX entity this morning on 15 (CW) meters. ED (EI5DR) was my first contact into Ireland.

The "year end" totals for my station this year (just a few more days left in 2011) are much better this year than any other year. I'm sure most of it has been the result of better band propagation and the addition of a 10 meter end fed wire. I've also started hanging my 15 meter dipole inside the house. .

I do VERY little contesting due to poor filtering on my rig.

I think, by far, the best contact this year was RD3A in Moscow Russia. I say this because, although I've worked many stations at the 5,000+ range on the upper bands, this station was a contact I made using my 40 meter Isotron antenna. I've actually had one ham accuse me of "fabricating" this contact. In my almost 20 year ham radio career, this is the first time I've ever had this happen.


The facts are the facts tho...the card is visible to anyone on the world wide web. 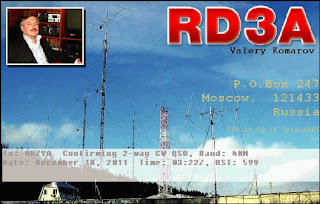 This bring me to an interesting point, of which is puzzling to me. Contesting has never been a "hi-point" for me, but I understand and accept those who live for this and nothing else. If  "money was no object", I was born rich, and owned enough land to plant an antenna farm the size of a city block, I still wouldn't invest thousands and thousands of dollars into a hobby than demanded I sit in front of a computer and punched "buttons" all day long when the band was open. This just isn't my "cup of tea".

Four of my DX contacts this year were fellow QRP operators and I got more excitement out of working those than all the others combined. To me, there's still nothing (after almost 20 years) more exciting than working a "portable" station operating low power from a picnic table, an island, or a cabin in the woods.

Looking at the "other side of the coin" this is such a great hobby, there's more than enough fun for everyone.  (regardless of the expense)  Keeping it "simple" is still admirable to many. 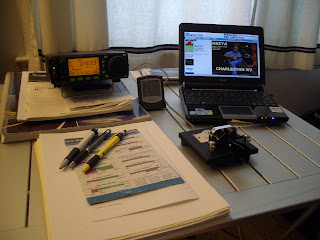 Very impressive work John. I've enjoyed following your qrp exploits as conditions have improved this past year. Looking forward to hearing about more gud dx from you in 2012.

How's that new Vibroplex paddle working out for you? It sure is a good looking key.

Love the paddle and yes, it's increased my speed a little. Your latest is looking good also. I like the paddles too. Those "red" ones are a bit large. hihi

Hello John, congrats with the nice QSO to Ireland. I was just ragchewing with a neighbourstation PD1BM today. We discussed various matters of the hobby. He doesn't like computers and is only active on SSB, still logging on paper. I respect that and can imagine, he respects what I do with the hobby as well. And our conclusion was the same as yours, there is enough space in the radiohobby for everyone. 73, Bas

I'm sure my opinion is biased but I think it's the greatest hobby in the world. In 2013, my current license expires. I hope to renew it at least two more times.

After nearly 20 years, I still find it exciting to work a new station.

Good morning John, your doing great with the indoor antennas for sure. I too made it into Ireland this year for the first time. The great propagation helps a lot as well with my attic antenna and QRP power.

I think I've about maxed out on DX now.

I need both Alaska and Hawaii for WAS. Maybe while the bands are up, I'll be able to catch them on 15 or 10 meters.

You do very well with your indoor antenna. You've made some fantastic contacts there!