This morning I could tell 10 meters was open, just by listening with my normal antennas, so I took a few minutes and hung the end fed wire inside the hallway again. I worked two stations in Germany and two stations in France before the band closed down around noon. 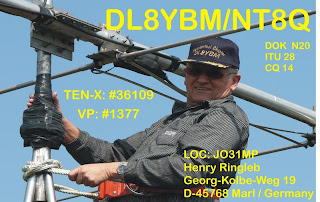 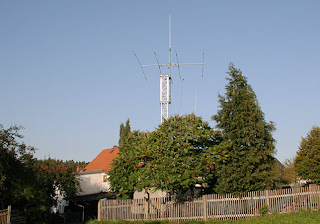 Before the band started to shut down, I was able to work F8EZE and F5BZB. 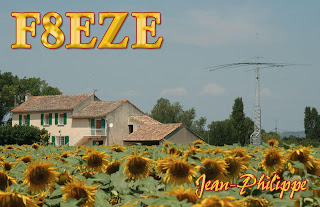 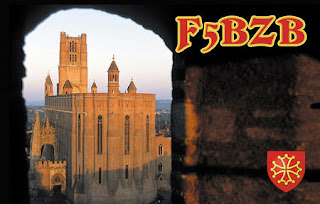 These were easy stations to work with 10w SSB, but I still fail to work CW ops here. I heard several in Spain and Africa but was not able to work them. I'm hearing several beacons in Mexico, which surprises me.

Today it's pouring the rain here at home but I've found a really good place to operate outdoors portable. It's close to home also. During the civil war days here in the valley, the union army created a "cannon site" on a prominent hill overlooking the Kanawha and Elk rivers. While driving around looking for good operating spots, I found it at the end of a "dead end" street. I'm looking forward to trying this antenna outdoors where the electrical noise is much less. For now, I'll have to be content to operate with the wire stretched indoors...

Good 10 meter ssb contacts with the ten-watter and indoor wire. Your home must be in a perfect hot spot with all your QRP successes using indoor antennas. 73 Dick

It's the "gold dome" on the state capitol building. It's only a block away and gives me an extra bounce. (just kidding).