I was up a little earlier than normal this morning, and caught one of the Charleston Hamfest promoters on the local repeater.  I "double checked" the set up time for the Saturday (March 16th) event.

Tomorrow afternoon, around 2 PM, the process will begin, as vendors begin to arrive and set up their tables, fleas filter in, food arrives, and other preparations begin for the gathering and I'll place a line on the rung of a "roofing  ladder" on the top of the building, and shoot a line into the nearby trees which will support my 17 meter dipole.

I won't be setting up my "table" until Saturday morning, just before the start of the hamfest, because it takes only moments to raise the dipole and attach the feed line. I'll place the battery on the floor, hook the wires to the radio, and be on the air in a matter of 10 minutes. I'll do this deliberately, as people arrive, as an example of how "easy" it is to get on the air with a QRP station.

I'll bring several other things with me as "conversations items" and hope to capture the attention of anyone interested in my facet of this hobby called portable radio. On the table with my station, I'll also place a small laptop computer which will play a slide show of my digital QSL cards. I keep all of them on a thumb drive and they display nicely on the screen.

I also have three "keys", which I use for different occasions, and will display them on the table. My 100 year straight key was a "gift" from an anonymous donor. I use a magnetic action Vibroplex Key in the field, and a spring loaded Vibroplex Iambic paddle at home.

The radio will be tuned to the 17 meter band, and hopefully, when the "window" starts to open, I'll made a few DX contacts and talk to people interested in the art of Morse Code.


Today I worked SM5L in Sweden, and soon followed with GM4ZJI in Scotland. 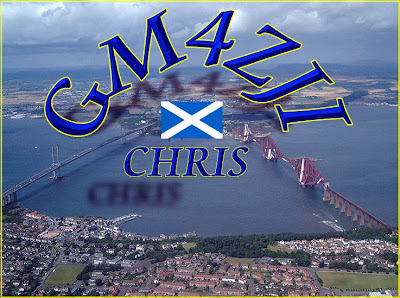 I then worked a familiar station (PA1CC) in The Netherlands. 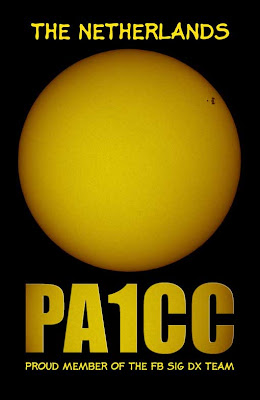 Before the afternoon was over I worked a strong station (IW9HBY) in Sicily. 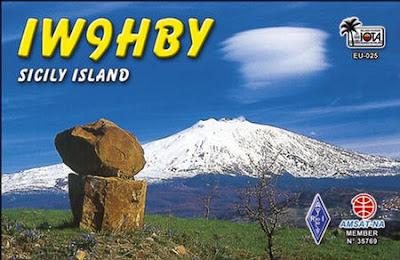 I had an very interesting QSO last night with a fellow CW operator on 30 meters. I've always said that CW is a great exercise for the mind, especially as one ages into the senior years. The long conversation with W8AT in Michigan is a fine example. Although not quite a hundred years old, born in 1914, he's very near it. Talking to someone like this, with a sharp mind, and a good fist around 20 wpm, was an exercise in humility.
Posted by Jspiker at 1:33 PM

Good evening John, sounds like you are going to have a setup that many will remember and talk about. I have yet been to a ham fest were there was a portable station setup on battery power. Make sure you take your camera and click some pic's for the blog.
Mike

I've never been to one with any kind of station on the air. I'll be sure to take a few pictures. Hihi