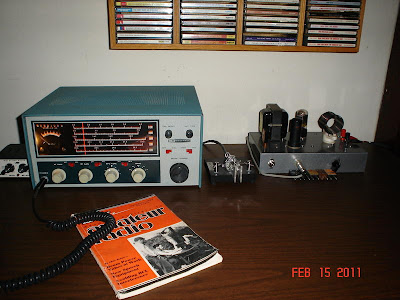 Last night (actually the first of March in GMT time) I worked an old "rock bound" friend on 40 meters who uses a home brew 5 watt CW QRP rig and uses a separate receiver for his station. We've worked each other nearly a dozen times now but Bob (N9HAL) and I last talked almost 2 years ago. I was amazed he remembered my call and all the details of my previous conversations. I did the same with him and the particulars of his station. Bob, by the way, is an excellent CW operator. 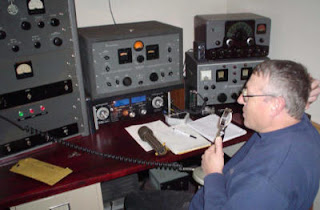 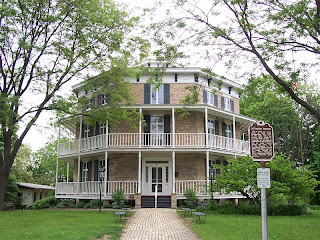 I enjoy reading about the towns and cities here in the United States and I found this unusual house in his home town of Watertown Wisconsin. It's an octagon (with eight different sides) home built by a doctor in the early years of the towns development.

I'm going to devote more time to regular QSO's again. I've missed this part of the hobby the last few years, and didn't realize it until last nights QSO with Bob.

This doesn't mean I'll forgo my daily DX contacts. I had breakfast with friends this morning but immediately got on the air when I returned from town. I quickly worked G3HGE in England, and surprisingly, it turned out to be an actual QSO also. We've worked before, but Tom wanted to know why I used QRP for his DX contact. I explained my dilemma about living a block down from the state capitol in a restricted antenna area. He stated it was a real joy to work a QRP station using 3 watts and a random wire for an antenna. After all, anyone could do it QRO with a beam. hihi


Tom (G3HGE) produces a very nice set of keys which can be viewed here: 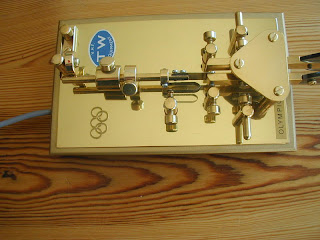 Hello John, both long distance and short distance, bring their own fun. Just enjoy, what you find on that moment. 73, Bert