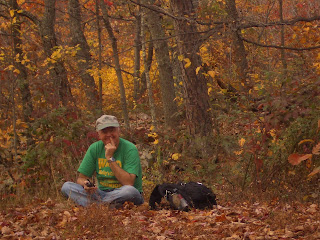 Well Folks.....I'm sure some will chuckle with my summary of last years contacts. But I've had a "whale of a time" with the radio and an Indoor Antenna in 2008. I'm not a big competitor ....I spend time on the air working a few "Special Event Stations".... but mostly (90% +) QRP on the 40 meter band.
I play with the radio for one specific reason. It's FUN to me... and it's a magical thing to bounce radio waves off the Ionosphere.
It's rare to work much DX (very long range) on 40 meters but most of my contacts were on this band because "there's usually someone on this part of the band ALL the time".
In the year 2008, I've worked 144 stations. (don't laugh) Of those 144 stations, 37 of them were QRP (3 were QRPp) and 19 of those stations were DX on 20 meters!
I haven't wrote much about "skipping over the pond" a few times, but last year (with QRP power and an Indoor Antenna) I haven't done bad.
This year I've "skipped over the pond" to Jamaica, Croatia, Cuba, Portugal, Germany (twice), Spain, Hungary, Italy, Puerto Rico, the Isle of Man, and Finland. I've also worked Canadian Stations (from coast to coast) 11 times.
Some people get a real kick out of working those "distant stations" but my most enjoyment is working the QRP and QRPp rigs with simple antenna's. To each their own....but working DX "mega stations" isn't as much of a challenge to me.
Working a guy "sitting in a tent" at 2,000 miles is unique!
Posted by Jspiker at 6:05 PM