Skipping Across the Pond 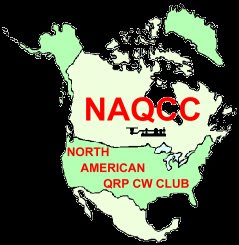 I took my Icom 703 QRP rig with me while traveling recently near New York City. I also took an "end fed dipole" cut for 10-20-40 meters. It is made by the PAR company and it is just the right length to install in the upstairs attic. The "coax end" was just a few feet outside the "attic ventilation window", and was easily run down the side of the house and into the living room, where the radio sat on an old desk. The antenna was oriented towards the east and west.This month, the "solar flux" has been a little more cooperative. I think the bands are beginning to change, and are more favorable for longer distance contacts.
This has been an incredible radio year for me. I've worked my first DX stations and also had some great QRP CW contacts. Since February, I've worked Jamaica, Poland, Croatia, Italy, and Spain. I've also worked several 40-meter QRP stations at over 1000 miles. (Nova Scotia, New Brunswick, Texas, and Colorado).I am desperately trying to work N0TU (The Goat Man) in Colorado and have actually worked the "Spy" near Pikes Peak. (W0RM). He is using an old CIA spy radio and operates as a "pedestrian mobile".I've also been successful working my first "QRP Contests". One of my most exhilarating moments this year was hearing my call sign during "The 40 Meter Fox Hunt" from near Houston Texas. That call sign was AE5BH and he was my first "pelt". I also worked Texas in the "Spartan Sprint" (W5ROK) this year.Needless to say, working a 3 watt station in Florida this year was also a real hoot. (WA3SCM). Dave Slater was using a random wire from a motel room. (my Isotron Antenna was quite enough to hear him). I've also worked a Washington DC 1/2 watt station several times this year. (AI4OT) It looks like a GREAT year for radio and I'm looking forward to many more contacts, as I travel with the radio, and a simple antenna....
I've had so much fun with QRP this year. I recently joined the North American QRP CW Club and will be the featured member in June.
I'll be at the Outer Banks in May. I hope my "right on the water" QTH will allow some Caribbean, Mexican, and South American stations for the log book. Last year, from Nags Head, I worked most of the US on 40 meters and 20 meters. I'll be looking forward to the "Solar Flux" increases this summer.
I also hope to do some "portable operations" from West Virginia.
Posted by Jspiker at 7:18 AM