My wife and I attended a dance last night at the University of Charleston; but just before leaving for the dance, I found several stations in Central America and the Caribbean area. Propagation wasn't real favorable, and because of that, I assume the band was "short".

I've noted earlier on the blog my possibilities of working new DX in that direction. Last evening and early this morning has brought several contacts and another new DX entity. 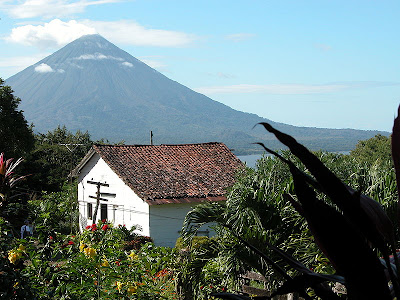 Last night before the dance, I was able to work XE3ARV on the Yucatan Peninsula in Mexico which is just below Cancun and next to Guatemala. I also worked CO6CAC in Cuba. Both these stations were on the 30 meter band.

I hear and work FG5FR in Guadeloupe regularly; but worked him for the second time, on two different bands, and I also caught the Jamaica station (6Y5WJ)  finally coming towards my northeastern state. 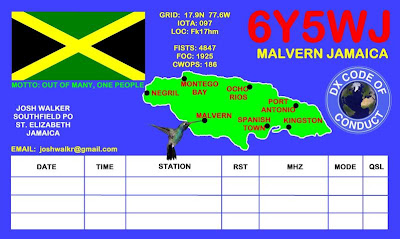 Those were good catches for me; but the real conquest was a NEW DX station which I caught on the 17 meter band this morning. I slept like a rock last night after the dance and rose a little earlier than normal. Dancing is great exercise and good for a persons health.

Before booting up the laptop, and getting myself together, I turned on the rig and scanned the bands. I heard activity on the 17 meter band and stopped on 18.073. There was a station "out there by himself", calling CQ, and not receiving so much as a hint of a response from anyone.

These are the ones I love to catch and usually work 100% of the time. 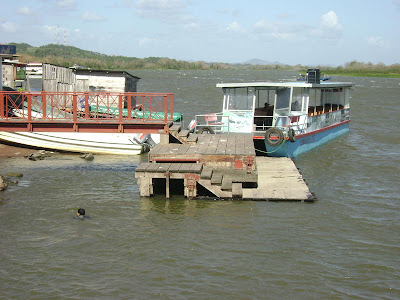 I immediately recognized YN9SU in San Carlos Nicaragua as a new DX station for me. We actually exchanged names and locations with a go round of twice before signing off. He was hoping for DX contacts  and after our exchange,I heard the band literary "explode" with call signs.

Nicaragua is an interesting read on the Wikipedia site, which by the way, I encourage everyone to contribute a few bucks a year. I relish it's information and the pictures "in the public domain". Nicaragua is home to one of the largest fresh water lakes in the world, which by the way, harbors an island with active Volcano's.

A good place to start reading about it is here:  YN9SU

Hi John, well, what can I say more. You do have a hot spot over there. Tonight I was using 'your' method: the chasing mode on 80m with CW and 5 watts. It was going great. From now on I stop calling CQ myself and go searching for other (DX) calling stations. 73 Paul

I'll continue calling on the 96 frequency, for several minutes each time I'm on the air just for fun!

Still hoping to hear you...