I keep getting by with a little help from my friends, as the Beatles say. Today I made several contacts with stations I've worked previously on 17 meters. 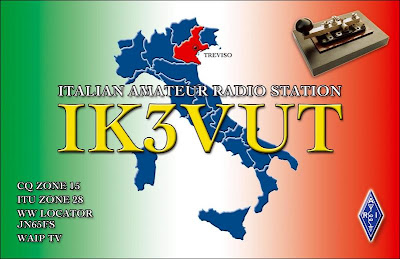 The morning started really slow but with a familiar contact into Nicaragua. I worked YN9SU before I drank the first cup of coffee, and for the 6th time this year. He was almost in the noise but evidently hears me much better than I hear him.

As the morning progressed, I heard familiar stations in Austria from the World Ski Championships (OE2013U) and was hearing G1OOC in England, and EI3KG in Ireland. Unfortunately they were too weak to work, and once spotted on the cluster, ended my chances of  a contact.

I decided to use the "keyer" in the rig to call on the 18.096 QRP calling frequency and had a return from a local station (AJ4SM) in St Petersburg Florida. This was my first success with sending my call sign and hoping for a contact as I'm usually in the search mode.

After breakfast and reading the morning newspaper, I returned to the air to search for more DX. I heard a very familiar PA4VHF (four times) in the Netherlands, who I worked easily, and followed by a VERY strong IK3VUT  in Italy. Both of these stations had fantastic signals and I had the advantage of them NOT being spotted on the cluster.

I've learned an important thing about DX clusters since the first of the year. They can be a "curse" to a QRP operator! My greatest success with DX is due to a "fair catch" out in the clear. None of the stations I worked today were spotted.

Hi John, first of all congrats with again another DX today. A DX cluster can be a "curse" but also a "blessing". If you're out with a QRP mobile station like me and trying to activate a special location. 73, Bas

Nice contacts as always.
Your on a roll!
Regards,
Jim

Good point but I think the best way is to use "QRP Spots" here in the US, assuming you're using QRP power. I post there when I can work a station using low power at long distances, with the hope that more QRP operators will be able to use it to their advantage.

I see European stations posted there, and I'm just curious, but is there a site in your area devoted specifically to QRP operators? I think they encourage a more even playing field if you know what I mean? It's very difficult to compete with QRO stations at several thousand miles.

Of course, It would be advantageous to have your location spotted in the most places as often as possible.

I hear what you're saying and thanks for the input.

My 28th CONSECUTIVE day of DX and my 52nd DX contact for the month. I'd like to continue for just another two days, just for fun! Thanks for the flowers. hihi