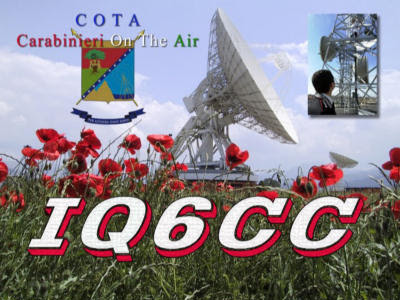 I reached another milestone last night when I made a contact with HP1/ IQ6CC. He marks another highlight in my quest to work a DX station every day. Sergio was in Panama and although not a strong signal at the time, was easily workable as the band became more stable, and easier to work just past the "midnight hour". The only other station I've worked in Panama (HP1/ IZ6BRN) was an Italian engineer working on the expansion of the current "Panama Canal". This country in Central America is a rare contact! 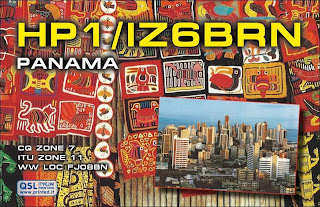 This is an interesting "Special Event Station" highlighting the "Italian Carabinieri". The police force in Italy is much more than just "traffic cops". They're composed of a large group of specialists that include a variety of different law enforcement personnel. They include the military police and even peace keeping forces. 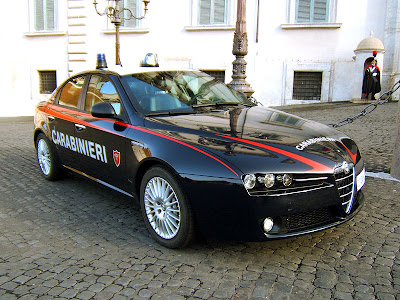 The Special Event Station that I worked were highlighting the loss of life in an unfortunate tragedy in Iraq a few years ago. On November 12, 2003 a tanker truck rigged with explosives killed 28 people and injured 100 in the city of Nasiriyah which is just south of Baghdad.


My heart goes out to the 13 Italian Carabinieri who were killed in this incident! 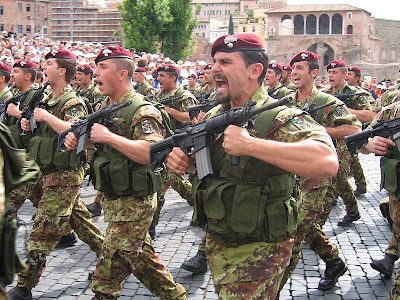 I've found it rather amazing that the 30 meter band is so generous to me. I've been able to work a station towards South America, the Caribbean, and the Leeward Islands practically every evening!

I have no idea how long this DX streak will last but with the summer months approaching, I think the chances are good for continued success.

That's an awesome milestone! Not sure propagation would allow me to work that many days in a row of DX here. With the midnight sun at our doorstep, my attention will be (and is) drawn outdoors. A bit tougher for portable operating here but soon I will be in 1'land, the land where DX is as plentiful as Salmon here in Alaska. ;)

Much like those Salmon; the 30 and 17 meter bands seem to be golden for me.