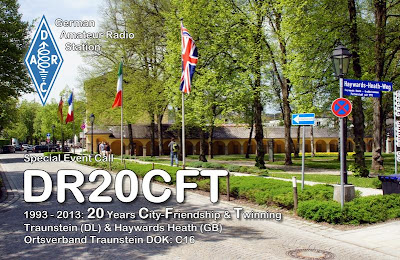 We attended the monthly meeting of The Grandparents Bridge Club last night, so I was not on the air. Our group meets at the University of Charleston. We're an older crowd, and as a matter of fact, and as the title suggests, membership requires that you be a "Grandparent". I was President of the group two years ago. Bridge can be a challenging game. We play "social bridge" which, as the title suggests, is as much "social" as it is serious. Dinner is served beforehand, and we had around 50 members playing last night.

Despite poor conditions I worked two DX stations today The first was in Germany (DR20CFT) and the second on the Island of Sardinia. 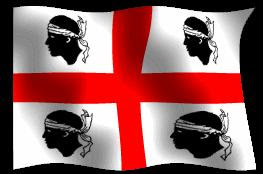 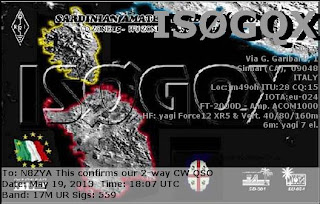 We've worked before (IS0GQX) but it's always nice to put another Island in the log book. Sardinia is off the coast of Italy. Both Italy and Germany are familiar places in my log book. I've now worked Italy 33 times and Germany 35 times.
Posted by Jspiker at 3:14 PM