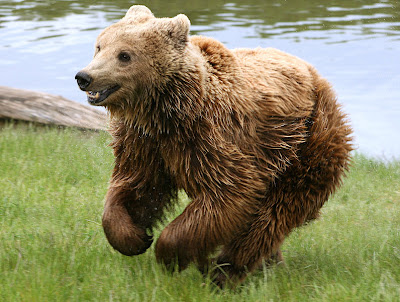 The propagation forecast for yesterday was "very poor". The solar flux was 135, the A index was 12 and rising, and the K index was 4 and rising. Sunspots were 146. But despite the dismal expectations, I worked a station at better than 5,000 miles. I can't logically explain it but I easily worked YO3JW in Romania for the second time in a few weeks. Later, I was up again with back pain; and worked TM75FOC for the second time in France. 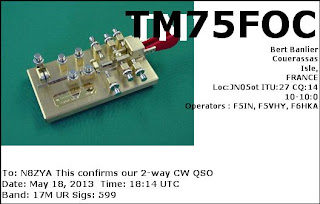 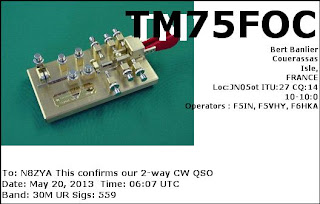 Romania has the largest population of Brown Bears in Europe. This one is really a beauty! 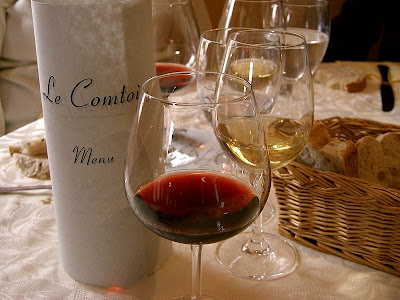 France is known for good wine. Benjamin Franklin once said: "Wine makes daily living easier, less hurried, with fewer tensions and more tolerance."  Yes....and I like the taste of it too.

Marilyn and I played Bridge again this morning with a local group. My partner and I were forced into bidding "six". We made a "slam" and it put me in first place. I won four bucks!

Tomorrow my brother and I will drive to the Veterans Hospital for another MRI scan. This time they will inject dye into me to see the disc and nerve more clearly.

It's been six weeks now since I started having back problems, and fortunately, I'm feeling a little better. I'm able to walk short distances now without using the wheelchair. I'm still in pain but it's now more manageable. I should know the results in a few days.

Hi John, I don't look at the propagation figures at all anymore. If I have time for playing radio I take it just like it is. Somewhere I heard that the published SSN/A-index etc. is always a day too early, kind of forecast. But just like the weather, it's difficult to exactly know how propagation behaves. Wish you strength with your back, good to hear there is a tiny improvement. 73, Bas

Good morning John, good to hear that you are feeling a bit better and are able to somewhat get up and around. I hope the test today turns up more detail as to give the doctors direction. As for the band conditions they are kinda in the dumps. I too was able to make contact with TM75FOC as well.
Mike

It's confusing isn't it? One of the things I like so much about radio is, paradoxically, it's unpredictability. I'm constantly surprised by what I hear on the bands. I've always liked that famous quote on the "Forest Gump" movie. "Life's like a box of chocolates, you never know what you're gon'a get". It's certainty true in this hobby.

Thanks for the well wishes on the back. I "hate" that wheelchair and will do everything I can to avoid it. I'm feeling encouraged more every day now.

Good luck with your results, John. Back pain can be so debilitating. - Cheers -- Scott

Big news today! I worked two stations last night which give me my 120th day of DX. That's equal to 4 straight months of DX; with 3 watts of power and an indoor antenna! I'll be "crowing" about it in the next post!

Thanks. I'll be looking forward to being free of pain. It's a real bummer at times. Cheers !